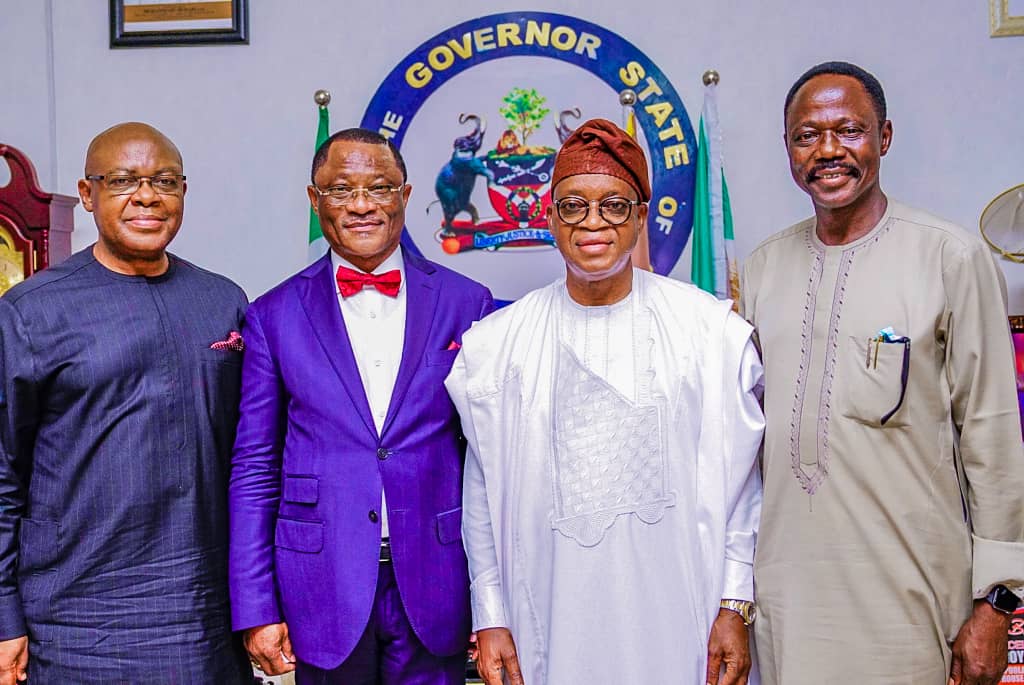 Official flag-off was done by the Governor of Osun State, Adegboyega Oyetola on Tuesday.

The project when completed will restore power supply to the area which has been without electricity supply for over 10 years.

Oyedele stated that the project would see the dualisation of 3km of 33KVA line from Mayfair roundabout to Modakeke, adding that 8 Nos of 300 KVA and 8 Nos of 500KVA distribution transformers will be supplied and installed in the community.

He described the flag-off of the project construction as historic as it marked “the commencement of the construction of a project that is conceived and will be implemented to improve lives and economic activities in Garage-Olode Town in Osun State”.

According to him, “Following the intervention of the Governor of Osun State, we at NDPHC, in keeping with our mandate to improve electricity infrastructure in Nigeria visited Garage-Olode Community for location inspection and discovered that the Community electricity supply is being fed from old Akure Transmission Substation which has been dilapidated for a very long time”.

He explained that “in scoping this project, we engaged with IBEDC and we have been assured that the intervention of NDPHC in the improvement of electricity infrastructure in this Community will align with their proposed infrastructure upgrade in the Community and the entire State.

“With this intervention, there will be great improvement in the condition of living of the people, socio-economic activities, commerce and industry and general wellbeing in Garage-Olode Community. All these, the people owe to a thoughtful and purposeful leader President Mohammadu Buhari and supported by Mr. Adegboyega Oyetola”, he added.

Also speaking at the event, Governor Oyetola who flagged-off the project praised the people for the area for their patience in the past ten years without electricity supply.

“For me, today is a day of joy as history is being made. I am elated that we have now brought to an end the tortuous journey that left you, our dear people, in darkness for over ten years”, he stated.

Gov. Oyetola also thanked NDPHC for executing the project noting that “through this project, power supply will be restored to Ife South West LCDA, thus ending the unpalatable decade of power outage”.

He said the power intervention efforts will also help to power towns and villages such as Iyanfoworogi, Aye Coker, Aye-Oba, Wanikin Eleja, Egbejoda, Idi Obi and Ali Ahanran in this first phase, and when completed, the project will cover the entire Ife South Local Government and the LCDA.

Governor Oyetola said the project occupied a strategic place in his Administration’s agenda to empower the benefiting communities to contribute substantially to the development of the State.

Speaking earlier, Commissioner for Water Resources and Energy, Osun State, Dr. Amidu Tadese Raheem, expressed gratitude to the Governor for his intervention which according to him will go a long way to restore the lost glory of the communities in terms of socioeconomic and commercial activities in the affected areas.

In his remarks, member, Osun House of Assembly representing Ife-South State Constituency, Hon. Benjamin Ogundipe, described the project as one that would bring succour to the people of his constituency.

He commended the Governor for taking their welfare to the frontline of his Administration’s priorities despite the socioeconomic realities of the State.

Earlier in their separate remarks, the Olubosin of Ifetedo, Oba Akinola Akinrera, and the Olu of Olode, Oba David Omisore, expressed their profound gratitude to the Governor for taking their subjects out of protracted darkness that had paralysed the socioeconomic activities of the areas in the last ten years.