NERC charges Discos to disconnect customers who refuse to be metered 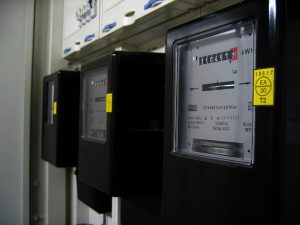 06 October 2017, Sweetcrude, Abuja – The Nigeria Electricity Regulatory Commission (NERC) has given electricity distribution companies the permission to disconnect customers who refused to be metered, according to the Jos Electricity Distribution Company (JEDC).

Its Managing Director, Alhaji Modibo Gidado, disclosed this on Wednesday in Jos, at a customers’ consultative forum.

He said that the meters were being installed to minimise electricity theft and ensure that electricity consumed was paid for.

The Managing Director, who was represented by Mr Verr Jirbo, the Executive Director (marketing), particularly warned customers in the four states covered by the JEDC – Plateau, Benue, Gombe and Bauchi – against by-passing meters.

“I want to strongly warn customers against stealing electricity and by-passing meters installed by us. Anyone caught will face the full wrath of the law,” he said.

He said that electricity theft was a criminal offence which JEDC would no longer tolerate.

The JEDC boss said that the company had massively procured prepaid meters and had ordered for even more in its efforts to eliminate the regime of estimated billing.

“We are determined to achieve 80 percent connectivity milestone by 2019; our commitment to modern metering is critical and total,” he said.

Gidado said that JEDC meters had been tested, certified and certificated by the Nigeria Electricity Management Services Agency (NEMSA), warning that the outfit would not entertain any attempt to subvert effort toward quality service.

He advised members of the public to report any dubious acts by their neighbours or friends, saying that keeping quiet over such evil would hurt everyone in the long run.