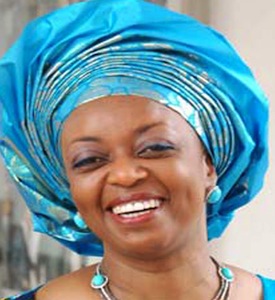 
14 July 2012, Sweetcrude, ABUJA – TO demonstrate its resolve to embark on full fledged deregulation of the downstream petroleum sector, Nigeria’s Federal Government has approved the scrapping of the Petroleum Products Pricing Regulatory Agency, PPPRA, and its sister company, Petroleum Equalisation Fund, PEF, through which oil marketing and trading companies committed the biggest subsidy and reimbursement scam in the history of the country.

The approval followed the adoption, on Wednesday, of the new draft Petroleum Industry Bill, PIB, by the Federal Executive Council, FEC, as recommended by the Senator Udoma Udo Udoma-led Special Taskforce on PIB, established by the Minister of Petroleum Resources, Mrs Diezani Alison-Madueke, in January.

There was also no room for the National Petroleum Research Centre, NPRC, in the new draft bill, as originally proposed by the respective committees in the 2004 and 2009 draft PIBs.

Although it is not clear why the new bill did not see the need for the research centre, analysts have continued to wonder about the relevance of the PPPRA and PEF in a deregulated downstream economy, even as their respective managements argue otherwise.

Industry structure
The new PIB proposes eight governing institutions for the petroleum industry, as opposed to the 10 proposed in 2009 or six proposed in the 2004 bills.

Function take-over
Under the new proposal, the Inspectorate will be responsible for all regulatory functions, hitherto performed by various agencies.

*Modify, extend, renew, suspend and revoke any licence issued by it pursuant to the provisions of this part;

*Make recommendations to the minister for the issuance, amendment or revocation of any regulations relevant to the provisions or requirements of this Act

*Monitor and enforce the application of tariff and pricing framework by licensees in the midstream petroleum operations in accordance with the provisions of this Act;

*Institute legal proceedings against any licensee, lessee or permit holder for failure to comply with licence, lease or permit conditions or other requirements of the Act;

*Ensure adherence to environmental standards approved in collaboration with Federal Ministry of Environment or any other relevant agency, by all persons and companies involved in petroleum operations

*Establish, monitor and regulate health and safety measures relating to all aspects of petroleum operations within the onshore and offshore territory of Nigeria, including the Exclusive Economic Zone.

Future job cuts
It is uncertain what will become of the staff of the PPPRA and PEF, as this was not indicated in the new draft PIB, thus pointing to future job cuts, in which hundreds may lose their jobs.

There was no mention of the transfer of employees, as with the case of the Nigerian National Petroleum Corporation, NNPC, to the National Oil Company, NOC, and the Nigeria Petroleum Assets Management Company in which “the transfer of employees of the NNPC to (these companies) shall be in accordance with provisions of this Act (Savings and Transitional Provisions Relating to Employees).”

Host Community Fund
Among the industry governing institutions, the only new body that was not previously proposed in other bills is the Petroleum Host Community Fund, through which government seeks to get oil communities more involved in oil and gas revenues.

Although the PHC Fund, which will be derived from 10 per cent contributions from companies’ net profit, is a deviation from the original concept in which 10 per cent equity was proposed for host communities in all oil and gas assets.

Under the proposal, “the PHC Fund shall be utilised for the development of the economic and social infrastructure of the communities within the petroleum producing communities.”

Entitlements under the fund
Each upstream petroleum company shall remit on a monthly basis 10 per cent of the net profit (net profit defined as the adjusted profit minus the Nigerian Hydrocarbon Tax and minus the corporate income tax) as follows:

*For profit derived from petroleum operations in onshore areas and in the offshore shallow water areas, all of such remittance directly into the PHC Fund;

*For profit derived from petroleum operations in deepwater areas, all of the remittance directly in equal shares to each state government of the eight littoral states of the Federal Republic of Nigeria.

At the end of the fiscal year, each upstream petroleum company shall reconcile its remittance pursuant to subsection (1) of this section with its actual filed tax return to the service and settle any such difference.

The contributions made by each upstream petroleum company pursuant subsection (1) of this section, will constitute an immediate credit to its total fiscal rent obligations as defined in this Act.

However, communities risk losing their share to the fund if they indulged in acts of vandalism or civil unrests, as “where an act of vandalism, sabotage or other civil unrest occurs that causes damage to the upstream facilities allocated to a community, such community shall forfeit its entitlement to the portion of the PHC Fund determined by the Inspectorate to be sufficient for repair and remediation of the damage.”