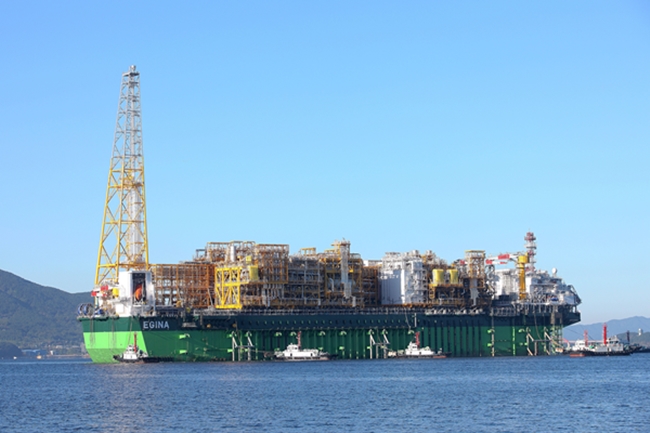 In a statement released by NCDMB’s Public Affairs Division on Tuesday quoted Wabote who spoke at the reception of the Total Upstream Nigeria’s Egina FPSO at the SHI-MCI yard in Lagos, adding that the Board was working with operating companies and project promoters to ensure that new projects like the Bonga South West and Zabazaba deepwater projects surpass the significant Nigerian Content levels attained on the Egina project.

Wabote who was represented by the General Manager, Projects and Operations Division, NCDMB, Engr. Paul Zuhumben stressed the need for close collaboration among stakeholders of the industry, particularly the Nigerian National Petroleum Corporation (NNPC), National Petroleum Investment Management Services (NAPIMS) and the Department of Petroleum Resources (DPR) to ensure that new deepwater projects are developed speedily. “This is the beginning. We know the Zabazaba is coming with an FPSO. We have made it mandatory on forthcoming major projects that the Egina project will be used as a minimum. It means we are going to dream big and fabricate and integrate more modules in-country.”

Commending Total on the arrival of Egina project, the Executive Secretary maintained that the feat was attained because of the support of the Minister of State for Petroleum Resources, Dr. Emmanuel Ibe Kachikwu and the Board’s strategic implementation of the Nigerian Content Act and insistence on the maximization of existing capacities and development of new capabilities.

He said, “At the conceptualization of the project we insisted that certain activities must be carried out in Nigeria. This is why you see the Egina FPSO coming from South Korea to Nigeria for integration.”

Aside from the six modules that were fabricated in Nigeria, the Executive Secretary also stated that several other components were executed in-country, including 60,000 tons of fabrication, the involvement of 250 Nigerian engineers on the project and use of locally made paint on the FPSO.

Speaking further, he confirmed the Board’s determination to ensure that new projects were developed within the six months cycle mandated by the Federal Government. This is necessary to keep yards like the facilities like FPSO integration yard engaged, he said.

“Setting up a facility like this would have cost between $250m to $300m. If we don’t put new projects in place, thousands of Nigerians are employed at the yard will be laid off.”

In his comments, the Group General Manager, NAPIMS, Mr. Roland Ewubare stated that about 30 to 40 percent of the Egina FPSO project had involved Nigerian Content driven by the NCDMB.

He assured that NNPC and NCDMB are aligned with the strategy and vision for local content, which he described as the only way to sustain the nation’s economy.

“The rational government policy has to be additional local content. NNPC and NAPIMS will support the NCDMB fully in fulfilling that mission,” he added.