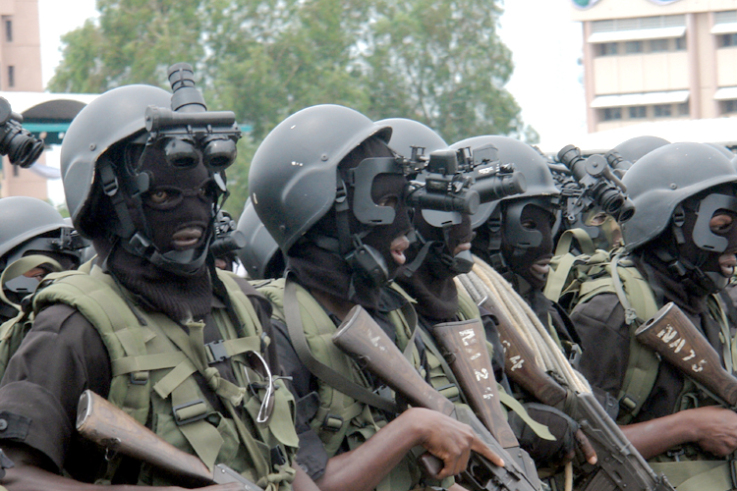 A statement by the spokesperson of the Nigerian Army, 6th Division Port Harcourt, Colonel Aminu Iliyasu, ‎explained that the exercise, which will hold from October 7 to 28, 2017, will avail troops the opportunity of sharpening their combat skills in the conduct of land-based as well as joint riverine operations.
Ilyasu, in the statement, appealed to members of the public not to get frightened as they will witness increased movements of troops and equipment during the period.
According to the statement, “Troops of 6th Division, Nigerian Army Port Harcourt, including its affiliated formations and units located within its entire area of responsibility, which covers the core Niger Delta states of Akwa Ibom, Bayelsa, Delta and Rivers States, will be participating in this year’s Exercise Crocodile Smile II which will be conducted from 7 – 28 October 2017 within the entire Niger Delta region.
“The exercise is intended to practice troops on admin, operational, logistics as well as Civil-Military Cooperation aspects in a military operation such as the provision of free medical care to host communities, quick impact projects  and the conduct of sanitation exercises to be undertaken by the troops for the benefit of their host communities and distribution of educational materials to schools as part of Corporate Social Responsibility.
“The exercise will also aim at imparting to the troops the importance of equipment maintenance, reconnaissance, inter-service and inter-agency cooperation, effective application of the Nigerian Army Code of Conduct as well as strict adherence to Rules of Engagement, proffer handling of Internally Displaced Persons, captured or surrendered hostile elements in line with international best practices.
“In light of the foregoing, the authorities of 6Division Nigerian Army wishes to inform the general public as well as solicit their usual understanding and cooperation during the period of the exercise and beyond.
“Dates and locations of the various CSR, sanitation and free medical interventions will be announced in due course.”