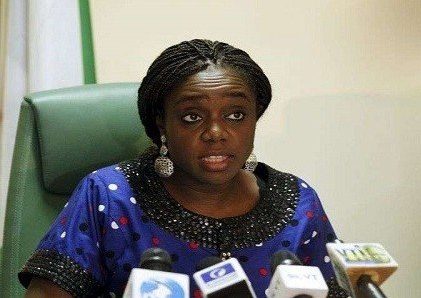 According to her, the nation would work towards balancing its budget and focus on diversifying sources of income for the government.

Adeosun, in an interview in Abuja with Bloomberg, said, “We’ve gotten to a point where we don’t care whether oil prices will be sustained at the level that they have recently risen to. We’ve been able to balance our budget at $45-$46/bbl and we’ve got to learn to live comfortably at that level.”

Brent crude has rallied almost 60% since the middle of last year as OPEC and allied producing nations stick to agreed output curbs. The global benchmark traded at about $70.80/bbl in London on Thursday morning.

Nigeria is recovering from a contraction of its economy in 2016, the first in a quarter-century, after a decline in oil prices and in the nation’s output due to unrest in the key Niger river delta. The country can’t afford to rely so much on the commodity anymore, Adeosun said.

Nigeria, which derives about two-thirds of its revenue from crude, is seeking to diversify its economy. The government’s efforts include pushing for an agricultural expansion to reduce a heavy food-import bill and boost exports.

Nigeria’s foreign-exchange reserves have been boosted by the rise in crude prices, combined with an increase of oil shipments and improved investor confidence. Barring any shock, the Central Bank of Nigeria could build its reserves to $60 billion in the next 12 to 18 months, from $40 billion currently, Governor Godwin Emefiele said in an interview Wednesday.