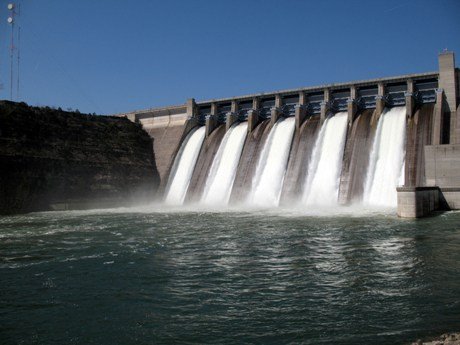 *Mambilla plant would increase capacity by 3,050 megawatts
*At least 40% of Nigerians have no access to regular power

Abuja — Nigeria will build the second-largest hydroelectric plant in Africa after the government settled a legal dispute that was delaying the project, Power Minister Sale Mamman said.

“We have now overcome the major problem stopping this project and it is nearly over,” Mamman said in an interview in Abuja, the capital. He said Attorney General Abubakar Malami is finalizing the terms of the settlement, which are undisclosed.

Only 60% of residents of Africa’s most populous country have access to electricity and even those who do are plagued by regular outages. President Muhammadu Buhari has made tackling the energy deficit a priority, pledging to rehabilitate dilapidated power infrastructure and build new ones, including the Mambilla facility in the eastern Taraba state.

First conceived in the 1970s, the complex of dams on the Donga River will produce 3,050 megawatts, equivalent to a quarter of Nigeria’s current installed capacity. International arbitration in Paris initiated by Sunrise Power and Transmission Co., a company that once held the construction contract, was recently resolved, clearing the main obstacle to the plant’s construction, according to Mamman.

The only bigger hydro power facility in Africa is Ethiopia’s 6,000-megawatt Grand Ethiopian Renaissance Dam, which was started in 2011 and is now more than five years behind schedule. The Democratic Republic of Congo’s government also has a dam, which is still under construction. It will be capable of producing as much as 11,000 megawatts.

Arbitration Award
A consortium including China Energy Engineering Corp. and Sinohydro Corp. Ltd will build the Mambilla facility, which is forecast to cost $4.8 billion, about $1 billion less than earlier estimates, Mamman said. The minister said he expects the Chinese firms to start construction this year, an ambition listed by Buhari in his New Year’s speech to the nation.

Sunrise accused the Nigerian government of breaching its 2003 agreement when it granted a separate contract to Chinese companies four years later and was seeking an arbitration award of $2.3 billion, risk advisory group Songhai Advisory LLP said in a note in January. The legal wrangle caused the Export-Import Bank of China to pause its interest in financing the Mambilla plant, it said.

Nigeria has 13,000 megawatts of installed electricity-production capacity, about 80% of which comes from gas-fired plants. Only 7,500 megawatts of that is available and about 4,000 megawatts is dispatched to the grid each day. Distribution companies are sometimes unable to take up generated power, citing dilapidated transmission infrastructure.

Mamman criticized Nigeria’s 11 electricity distribution companies, which were transferred to private control in 2013, for their failure to utilize all available power or pay for the energy they purchase. The minister said he’s submitted a proposal to the cabinet to review their performance.

“From the look of things, I do not think they are capable because they cannot meet what they are required to do,” Mamman said.