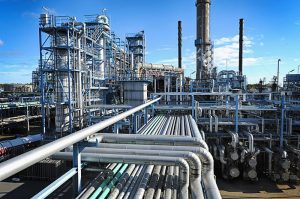 Lagos — Nigeria is considering co-sharing refineries likewise operating joint ventures, JVs, with other African countries, according to a top official of the Ministry of Petroleum Resources.

Dr. Folasade Yemi-Esan, Permanent Secretary in the ministry, revealed this as Head of the Nigerian delegation to the recent 176th meeting of the Organization of the Petroleum Exporting Countries, OPEC, in Vienna, Austria.

Providing no further details, she said the country was “looking at cooperation within the continent. We are looking at maybe co-sharing refineries and joint ventures between countries”.

More than half or 51.7% of Africa’s refining capacity is in North Africa. According to McKinsey’s database, most of these are state-owned (59%). 29% are based on joint ownership with government and 12% are joint-venture arrangements between International Oil Companies, IOCs.

However, these national refineries operate at different levels of efficiency. Considering data of average national capacity utilisation from 2006-2009, quoted in the Oil & Gas Journal refineries survey, the efficiency levels for these countries are Egypt, 81%, Algeria (94%), Libya (87%), South Africa (85%), and Nigeria (18%).

In the past 20 years, only greenfield refineries have been constructed in Africa. These were built in Adrar (Algeria) and Khartoum (Sudan) with China National Petroleum Company, CNPC, partnering with the governments, with capacities of 13,000 bpd and 100,000 bpd respectively.

The third one was built in Alexandria (Egypt) by Egypt General Petroleum Corporation, Egypt’s national oil company, NOC, and has a capacity of 100,000 bpd.

Planned new builds were constructed by Petrochina at Ndjamena (Chad) and Zinder (Niger) with same 20,000 bpd capacity. The third is being constructed by Sonangol, Angola’s national oil company, at Lobito (Angola) with a capacity of 200,000 bpd.

The survey showed that refining in Africa is led by national oil companies and new investments are dominated by the Chinese National Petroleum Companies.