Nigeria: Crack NNPC if you must succeed, Blair tells Buhari 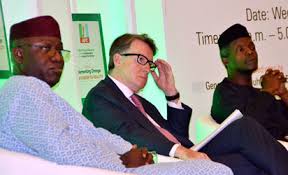 Blair also asked the leadership of the All Progressives Congress, APC to switch from its opposition status and assume the posture of head of an organization, stressing that the days of persuasion and agitations were over.

He further stated that Buhari and the APC must be true to their words at all times, saying that the action of the incoming government within the first 100 days in office would determine the kind of goodwill it would eventually have.

Blair spoke at a two policy dialogue themed “Implementing Change: From Vision to Reality”, organized by the Policy, Research and Strategy Directorate of the APC Presidential Campaign Council in Abuja on Wednesday.

Represented by Mr. Peter Benjamin Mandelson, a former Secretary of State for Trade and Industry in Blair’s government, the former prime minister also asked Buhari to ensure that the revenue of the federal government was kept into a comprehensive account.
*Levinus Nwabughiogu – Vanguard