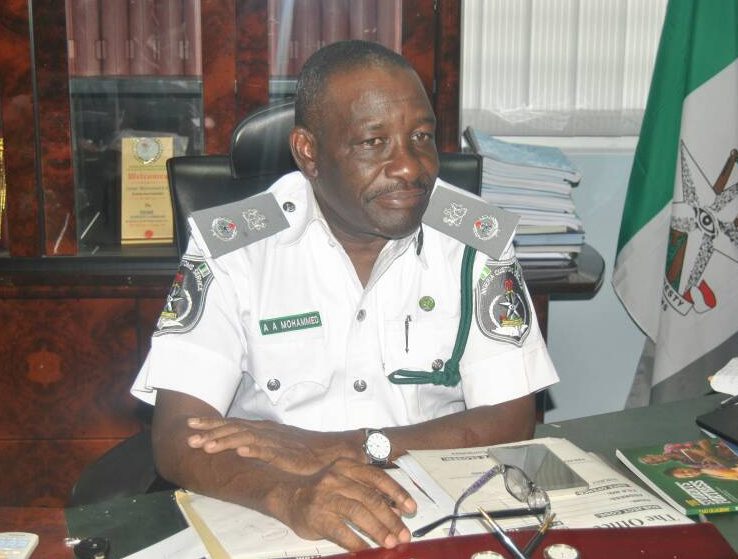 24 December 2018, Sweetcrude, Lagos — The Federal Operations Unit, F.O.U, Zone ‘A’ of the Nigeria Customs Service, NCS has said that it realized a total of N5.1billion from prohibited items seized by the Unit in the last four months.

Comptroller, of the zone Mohammed Aliyu, recently at told the media briefing said that the drive and desire to compliment the Comptroller General’s Policy of entrenching transparency and integrity while enforcing the core mandate of the Service is the determining factor for his uncompromising stand to succeed at all cost.

The Comptroller stated that being the head of the second layers of defense (FOU) in enforcing the role of the Service and complementing the activities of the Area Commands, the resolute stand of the Unit occasioned by the aggressive enforcement of the Federal Government policy across the border Commands he superintends a task that must be accomplished.

He stated that proactive steps of enforcement are truly achieving the desired result and policy of the Federal Government in sustaining agriculture and self-sufficiency in food production, revamping the economic recovery plan, protecting National Security and ameliorating the potential health hazards of the negative impact of the smuggled items to the average Nigerian citizenry.

Comptroller Aliyu restated that as a Unit that requires and ensure total compliance with all clearance procedure and extant laws from stakeholders, adding stakeholders who chose to negate and abuse these procedures will always fall victims of FOU sanctions that have zero tolerance to deliberate infractions.

A breakdown of the seizures recorded with their appropriate Duty Paid Values (DPV) from August 17 to December 10, 2018, showed that 24 unit of seized vehicles and 34 exotic vehicles were seized Within this period.

He said: “We intercepted various contrabands with a duty paid value (DPV) of N5.1Billion. The seized items include: 24 unit of seized vehicles and 34 exotic vehicles on ), 2ntion (58), 39,664 bags of foreign parboiled rice (equivalent of 66 trailers), 3,252 frozen poultry products, 2,887 jerrycans of vegetable oil, 3,792 parcels of Indian Hemp, 5x20ft containers of unprocessed wood, 2,520 bales of used clothing, 710 cartons of tramadol among others.

“As an enforcement Unit of the Service, the Federal Operations Unit will not rest on its oars until there is total compliance that will translate to effective revenue generation, suppression of smuggling, facilitation of legitimate trade and protecting our national security.

“We are determined to stem the tide against those who have decided to be non-conformist to the legitimate process of importation and exportation clearance processes.”