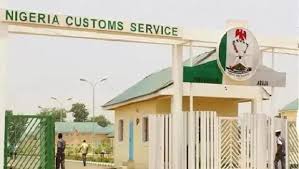 The command has intensified its anti-smuggling operations against trans-border crimes of illicit drugs trafficking and other vices a development that has resulted in effective border management.

The Customs Area Controller, Comptroller Mohammed Aliyu while handing over a dismissed officer disclosed that a lot of strategies have been adopted by the command to ensure that the busiest land border will be a “no go” area for trans-border miscreants/ traffickers of any kind including small and light weapons.

Aliyu explained that all necessary conditions were explored in line with the public service rule and the Customs and Excise Preventive Service Regulation before the officer was relieved of his appointment.

The command boss reiterated that the punitive measures for gross misconduct of unruly behavior meted on the dismissed officer will serve as a deterrent to other bad eggs in the service that may choose to be recalcitrant to warnings.

He frowned at the alarming and disturbing rate at which illicit substances are being apprehended by officers and men of the command in an attempt to be smuggled through the waterways or land borders.

He reiterated that the leadership of the service will not shy away in purging it from all unscrupulous elements who delight in dragging the image of the service in the mud; hence portraying the service subservient to other organizations because of criminal and irresponsible acts that are inimical to the ideals of the service.

He affirmed that Seme Command will continue to protect the nation’s territorial integrity through the scanning of all imports and aggressive anti-smuggling operations of all illegal routes.

He stated that this measure must be taken because there is a lot of security threat and opportunities arising from international trade growth and global migration.

In a related development, the command’s Controller sought the cooperation of all the stakeholders in the host communities with a view to protecting the border town against crimes and criminals.