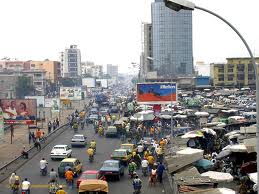 31 July 2012, Sweetcrude/African Press Organization (APO), COTONOU, Benin – An International Monetary Fund (IMF) mission to Cotonou to conduct discussions on the fourth review of a program supported by the Extended Credit Facility (ECF), identified the impact of the fuel increase in Nigeria on the Beninoise economy.

In a statement released at the end of the mission, by Mr. Mario de Zamaróczy, mission chief for Benin also disclosed that the Beninese economy is projected to grow at 3.5 percent in 2012, similar to the rate of growth last year.

“An increase in cotton production during the 2011/12 campaign will be offset by a reduction in real household income driven by the hike in the price of fuel from Nigeria, and the slowdown in activity at the Port of Cotonou over the summer. Uncertainties about the global economic environment, falling international cotton prices, concerns about the 2012/13 cotton campaign, and outstanding issues with the port prompt a cautious outlook, with economic growth in 2013 projected to be only slightly higher than in 2012. Inflation in 2012 will be driven by a rapid rise in oil prices in January, but pressure on prices will subside and inflation for 2013 should fall close to the West African Economic and Monetary Union (WAEMU) convergence criterion of 3 percent.

“The current account deficit is expected to narrow slightly during 2012 and 2013 owing to a rise in the export of cotton products and external budget support. The deficit will largely be financed by foreign capital inflows.

“Fiscal receipts during the first quarter of 2012 surpassed program targets, aided by the efficiency of the one-stop window for imports and the sale of a cell phone license, which was not foreseen in the program. Expenditures were in line with program projections over the same period, including those for priority social expenditures.

“On the basis of preliminary data, all performance criteria and quantitative benchmarks were met for the end of March and the end of June.

“The performance on structural benchmarks was mixed. In spite of some successes, many reforms continue to fall behind schedule, including the adoption of a strategy for the reform of the civil service by decision of the Council of Ministers, and the presentation to the National Assembly of a draft law governing pensions. The mission recommended that authorities accelerate the implementation of these important reforms, some of whose deadlines have been extended several times. In view of these delays, the mission did not propose any new benchmark, but encouraged the government to speed up the realization of the outstanding measures, which have been delayed.

“Two government decisions contribute to uncertainty going forward: (i) because of organizational problems and costs viewed as excessive of the new generation import verification program (IVP), the government temporarily suspended the program in March; and (ii) because of governance issues, the government decided to suspend the framework governing the cotton sector in April and to resume its role managing cotton production for the current cycle. The mission encouraged the government to find a solution to these problems quickly.

“The mission recommended that the government take advantage of its stable macroeconomic framework and low debt burden to jumpstart growth in order to reduce poverty. In this regard, the mission is in agreement with the authorities on the necessity of breaking the barriers to a faster, more inclusive growth by strengthening the quality and increasing the quantity of investment expenditure and improving the business climate, as well as taking advantage of regional economic integration and ready access to the Nigerian market.

“Staff will propose to IMF management to recommend consideration of the staff report for the fourth review under the ECF and the Article IV consultation to the Executive Board in October 2012.

The ECF is the IMF’s main tool for medium-term financial support to low-income countries. Financing under the ECF currently carries a zero percent interest rate, with a grace period of 5½ years, and a maturity of 10 years.