Evergreen
Home Gas Nigeria: Govt flags off campaign on use of LPG

Nigeria: Govt flags off campaign on use of LPG 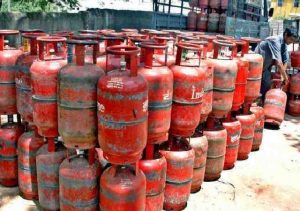 Lagos — The Nigerian government has commenced national sensitisation and awareness campaign on the use of Liquefied Petroleum Gas, LPG, popularly known as cooking gas.

The government said the campaign, which will ensure increased usage of cooking gas, was in line with its ‘Decade of Gas’ initiative, adding that the LPG’s socioeconomic and health benefits far outweighed the use of kerosene and firewood.

The Vice President, Prof. Yemi Osinbajo, while speaking on the initiative, said there was no excuse for Nigeria not to be able to develop its gas sector considering the huge gas reserves in-country.

According to him, the use of LPG would help in cutting down gas flaring in Nigeria.

He said the government was working to ensure that Nigeria achieved the five million metric tonnes LPG consumption target, adding that efforts were being made to ensure the provision of cylinders at affordable rates to Nigerians.

“Our gas reserves in this country is enormous and we have every reason to develop the gas sector and ensure that our citizens use LPG,” the Vice President said.

He added, “The use of LPG is good for our health and has better socioeconomic benefits and this is in line with the ‘Decade of Gas’ initiative of government.”