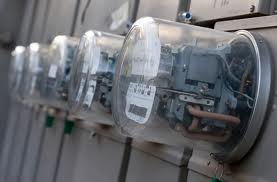 20 June 2017, Sweetcrude, Abuja – The Minister of Power, Works, and Housing, Mr. Babatunde Fashola has revealed that the Federal government has plans to supply more than three million prepaid meters to households across the country.

Fashola explained that the Federal government’s intervention programme aims to combat the incapacity of electricity distribution companies (Discos) to meter all the houses of consumers across the country.

According to him, the contract for the supply of the meters has been awarded since 2003 but they were not supplied.

“In 2003, the government awarded a contract for three million meters but they were not supplied. I inherited it, they were in court and I am trying to take it out of the court so that we can settle and start the supply,” he said.

The minister observed that the metering exercise across the country by electricity distribution companies (Discos) was facing some challenges because there is no accurate database of actual consumers in the country.

“There are four types of consumers – R1 (poorest consumer), R2, R3 and maximum demand consumers — and they are not on the same plan.

“Discos need to go into these houses, do an audit to determine the type of meters to install. If you have a wrong meter, you will pay wrong price or bill. A meter is both a safety device and a measuring device; it can under-read or over-read or cause a fire if not properly installed.

“But essentially, the Discos must provide meters, it is only fair and let the consumer manage his consumption and billing system because he has a meter.”

Fashola, who described the problems of the power sector as man-made, said the way of life and human behavioural problem are some of the issues.

Others, he said, are power wastage, the building of houses in difficult terrain without approval, lack of conservation culture and energy theft.

“Some people will put on a 70 or 120-watt bulb as security light for 24 hours, including the daytime when they do not need it and it is because they have either stolen the energy or bypassed their meters.

“They are robbing Discos of huge sums of money as they may not be able to pay back the energy they bought for distribution.”