Nigeria hikes rate to highest level to head off inflation

Lagos — Nigeria’s central bank on Tuesday hiked its main lending rate by 150 basis points to 15.50% (NGCBIR=ECI), its highest level yet and more than forecast, forging ahead with efforts to rein in inflation and ease pressure on the currency. 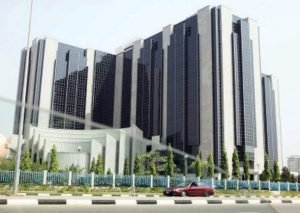 A Reuters poll of economists had predicted a much smaller 50 basis point hike. read more

But with inflation at its highest in 17 years, Central Bank of Nigeria Governor Godwin Emefiele said the Monetary Policy Committee had to continue with an aggressive stance.

Tuesday’s rate hike, the third in a row, means the central bank has delivered a total 400 basis-point increase this year, its most hawkish in a single cycle, analysts said.

The benchmark interest rate was introduced in 2006.

The naira currency weakened to a new low of 725 against the dollar on the black market this week, traders said, and within a band of 415-435 on the official market.

Emefiele increased the cash reserve requirements for banks to mop liquidity from the market and stop currency speculation. He said banks which fail to raise their reserves would be barred from the foreign exchange market from Friday.

High inflation, weak economic growth and mounting insecurity are major issues for voters as Nigeria heads for a national election in February, when incumbent President Muhammadu Buhari will step down.