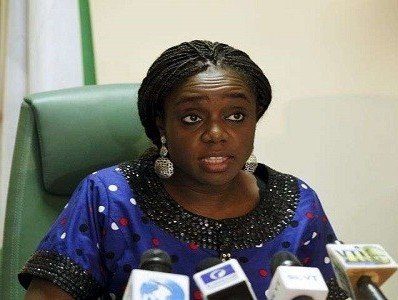 According to the Minister of Finance, Kemi Adeosun, while briefing reporters at the end of the FAAC meeting in Abuja, the template would serve as a guild for the corporation on revenue remittance to the federation account, and a lasting solution to the frequent issue of revenue controversy by the state oil company.

Adeosun said the federal government is at the final stage of the draft, which she said will be ready by next meeting slated to hold on September 26.

This is as she also disclosed that President Muhammadu Buhari has directed the NNPC to always hold a preFAAC meeting with the Ministry of Finance to avoid issues that always lead to a crisis between FAAC and NNPC.

“We are working with the Department of Petroleum Resources (DPR), the office of Accountant General of the Federation (OAGF), NNPC and all the stakeholders to develop a new template,” the minister said.

Following series of crises as a result of recurring discrepancies in the monthly revenue returns by the NNPC, which culminated in successive stalemates in FAAC meetings in April and June, President Muhammadu Buhari ordered a review of the existing revenue template.

The review, the minister said, uncovered monumental deficiencies in the reporting template used by the NNPC, as its parameters had not been updated for over a decade.

Although the post-mortem committee report from the Revenue Mobilisation Allocation & Fiscal Commission, RMAFC was submitted to the FAAC meeting, discussions were deferred till next month.

Two months ago, she had said Mr. Buhari also directed that every month, prior to FAAC meetings, the NNPC, OAGF and the Ministry of Finance should hold a pre-FAAC review meeting to reconcile figures and eliminate discrepancies in revenue returns.

The minister said the meeting, which held for the first time last Tuesday, has so far helped in clearing a lot of the grey areas in NNPC’s revenue report before the FAAC meeting.

Mrs. Adeosun also announced the setting up of another committee under the chairmanship of Commissioner for Finance for Delta State to come up with rules for a rule-based credit to the Excess Crude Account, ECA, and management of FAAC. The committee is also to report back in the next meeting.

The new template will set right NNPC’s revenue reporting to FAAC which has not been up to date in the past 10 years.