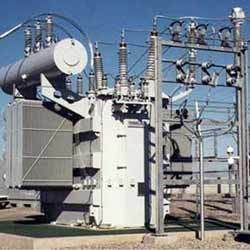 25 October 2017, Sweetcrude, Abuja – The Nigerian Association for Energy Economics (NAEE) has lamented that 15 years since the Federal government initiated reforms in the power sector, the country still has little to show for the billions of dollars spent in the sector.

The group also urged the Federal government and the Nigerian Electricity Regulatory Commission (NERC) to suspend plans to effect a review in the country’s electricity tariffs, stating that before any change is introduced, electricity distribution companies, DisCos and other stakeholders should address issues of customers enumeration.

Addressing journalists in Abuja as part of activities to mark the 2017 World Energy Day, President of NAEE, Prof. Wumi Iledare, said tariff increase should not be seen as a one-for-all solution to the problems in the power sector, stating that instead, it should form a part of the general reforms of the industry.

He argued that energy security is a serious problem as Nigeria remains a net importer of refined products and suffers from significant power supply deficit.

He said, “Nearly 15 years after electricity sector reforms began, and in spite of the various institutional changes, regulatory and policy reforms that have taken place, as well as the billions of dollars of public and private investment that went into the Power sector, electricity sector remains seriously challenged in Nigeria.

“The entire segments of the value chain are bedeviled with one problem or the other. Both the formal and the informal sectors continue to run on private generators, with attendant avoidable huge economic and non-economic costs.”

Iledare was represented by the immediate past president of the association, Mr. Adeola Adenikinju, noted that “Tariff issues should be taken with other reforms. In looking at tariffs, one key factor and denominator is the number of consumers, customers that the power companies are targeting. The country and particularly, Discos, have been reluctant to do proper customers enumeration.

“As a result, we continue to understate our denominator for tariff determination. That has made it difficult to have appropriate tariff rates.”

He added that “It is important we address the issue of customer enumeration to properly arrive at what we say appropriate tariff rates should be.”

Commenting on the World Energy Day, Iledare lamented that Nigeria is seriously challenged by the inability or obvious lack of capacity to turn its huge energy potentials both renewable and non-renewable into realised energy to support rapid economic growth, job creation, and poverty reduction.

He noted that several countries, leveraging on the productivity growth impact of energy access expansion have moved a significant number of their people even in rural and remote areas out of poverty.

He further argued that Nigeria’s energy investment-GDP ratio is too low and inefficiently allocated to support the energy infrastructure that the country requires to drive sustained economic growth.

“Hence, the fallback solution that we have adopted cannot even be ranked as the second best solution, because it is totally unacceptable and incompatible with global energy transition,” the NAEE president stated.

He called for a timely phasing out of fossil fuel-fired private generators, many of which are old, energy inefficient and major sources of noise and air pollution, especially as reliable, affordable and modern energy sources become available.

According to him, the country should also no longer tolerate the significant health risks that the use of traditional biomass in the residential and commercial sectors for energy services like cooking, lighting, water heating, among others, impose primarily on women and children.

He added that “Energy access that hovers around 50 percent should not be tolerated and the celebration of electricity generation of less than 5000MW, a significant fraction that never gets to the end users does not represent our best endeavour as a country. Every level of government should be encouraged to participate in the power sector development, especially by providing the enabling framework for the private sector to drive the process.”

Continuing, Iledare said, “We must utilize our rivers as sources of small hydropower and irrigation solutions to support agriculture in the rural areas where over 40 percent of Nigerians continue to live. This will provide so much multiplier effects on socio-economic living standards of the people.

“We must develop energy policies and programmes that state clearly that the country will reduce its dependence on fossil fuel not just as a source of economic diversification, but as a new economic and energy strategy for development.

“We must develop or leverage new technology to drive the transition. This is where we will need to retool our education system and give opportunities to non-government actors to invest in innovative technologies that can meet the need of Nigerians especially those outside the national grid.”

NAEE is an affiliate of the International Association of Energy Economics, IAEE.