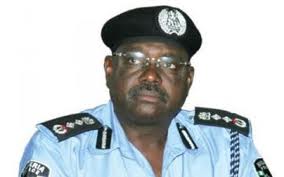 A statement from Dr. Reuben Abati, the president’s spokesman said this is a first step towards the comprehensive reorganization and repositioning of the Nigeria Police Force to make it more effective and capable of meeting emerging internal security challenges.

It was gathered that the President had summoned the embattled Police chief to his office at the Presidential Villa, Abuja Wednesday morning for a brief meeting, following which Ringim was told his services would no longer be needed.

The meeting between Jonathan and Ringim which reportedly lasted over thirty minutes, caused an unusual delay in the commencement of the weekly Federal Executive Council meeting.

President Jonathan directed Ringim shortly after the meeting to immediately handover to his next in command and proceed on compulsory retirement.

The statement released by the presidency disclosed that Mr. Abubakar who is currently an Assistant Inspector General of Police replaces Mr. Hafiz Ringim who proceeds on terminal leave with effect from today, 25th January 2012.

Born on May 5, 1958, Mr. Abubakar enlisted in the Nigeria Police Force on July 30, 1979. He was the AIG in charge of Zone 12 Headquarters in Bauchi, before his new appointment.

The President has also established a Special Committee to oversee the urgent reorganization of the Nigeria Police Force. The committee is to be chaired by the Chairman of the Police Service Commission, Mr. Parry B.O Osayande, DIG (rtd).
Other Members of the Committee are:
1. Mr. Casimir T. Akagbosu, AIG (rtd.), mni
2. Mr. Bashir A. Albasu, AIG (rtd.), fwc.
3. Major Gen. S.N. Chikwe, rtd.
4. Prof. S.D. Mukoro
5. Dr. Fabian Ajogwu, SAN
6. Aisha Larai Tukur
7. Solicitor General of the Federation
8. Permanent Secretary, SSO, Office of the SGF to serve as the Secretary to the Committee