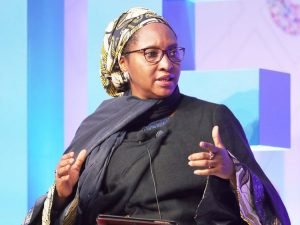 Lagos — Nigeria has set its oil price benchmark for 2022 budget at $57 per barrel, Finance Budget and National Planning Minister, Zainab Ahmed, has disclosed.

Africa’s largest oil exporter is producing roughly 1.47 million bpd of oil as a result of an agreement with OPEC and other oil-producing nations to curtail output. Its capacity is around 2 million bpd.

The current benchmark Brent crude oil price is $73.60 per barrel, according to Reuters.

Nigeria relies on oil exports for more than half its budget and 95% of foreign exchange.

disclosed this in Harare, Zimbabwe at