Houston — Nigeria is expected to contribute around 35% of Africa’s total planned and announced oil and gas new-build trunk/transmission pipeline length additions between 2019 and 2023, says GlobalData, a leading data and analytics company.

The company’s latest report, ‘Global Planned Oil and Gas Pipelines Industry Outlook to 2023 – Capacity and Capital Expenditure Outlook with Details of All Planned Pipelines’, reveals that Nigeria is expected to provide 6,601.5km of new-build pipeline by 2023. Most of the additions will constitute natural gas, at 6,460km, while crude oil pipelines will account for 142km.

Varun Ette, Oil and Gas Analyst at GlobalData, comments: “In Nigeria, 11 new-build pipelines are expected to start by 2023. Of these, eight are planned projects and the remaining th 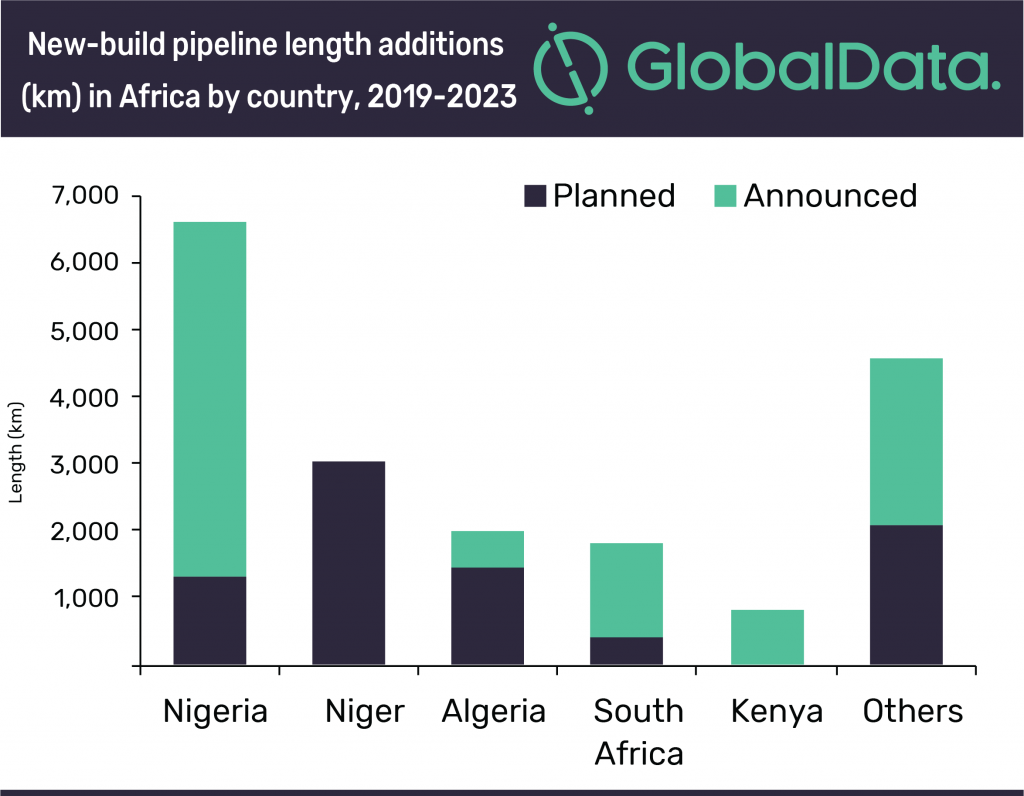 ree are from early-stage announced projects. Trans Saharan Gas is the longest upcoming pipeline in the country with a length of 4,400km. This announced natural gas pipeline is expected to start operations in 2021.”

Ette concludes: “Followed by Niger, Algeria is expected to add 2,007.3km of infrastructure from five planned and two early-stage announced pipelines by 2023. Haoud El Hamra–Bejaia II is the major upcoming pipeline in the country with a length of 667.7km. The crude oil pipeline is expected to start operations in 2022.”