04 September 2018, Sweetcrude, Lagos — Nigeria will be the growth engine of the refining industry in the Middle East and Africa between 2018 and 2022, adding the most planned refining capacity among all countries in the two regions during the forecast period, according to leading data and analytics company GlobalData.

The company’s report: ‘Refining Industry Outlook in the Middle East and Africa to 2022’ states that in 2018, the Middle East and Africa will account for 42.6% of the total global refining capacity. The total refining capacity in the region is expected to increase from 15.5 million barrels per day (mmbd) in 2018 to 21.7 mmbd in 2022. The region is also expected to have an estimated new build capital expenditure (capex) spending of US$215.3bn, of which roughly 25% will be spent by Nigeria during the outlook period. 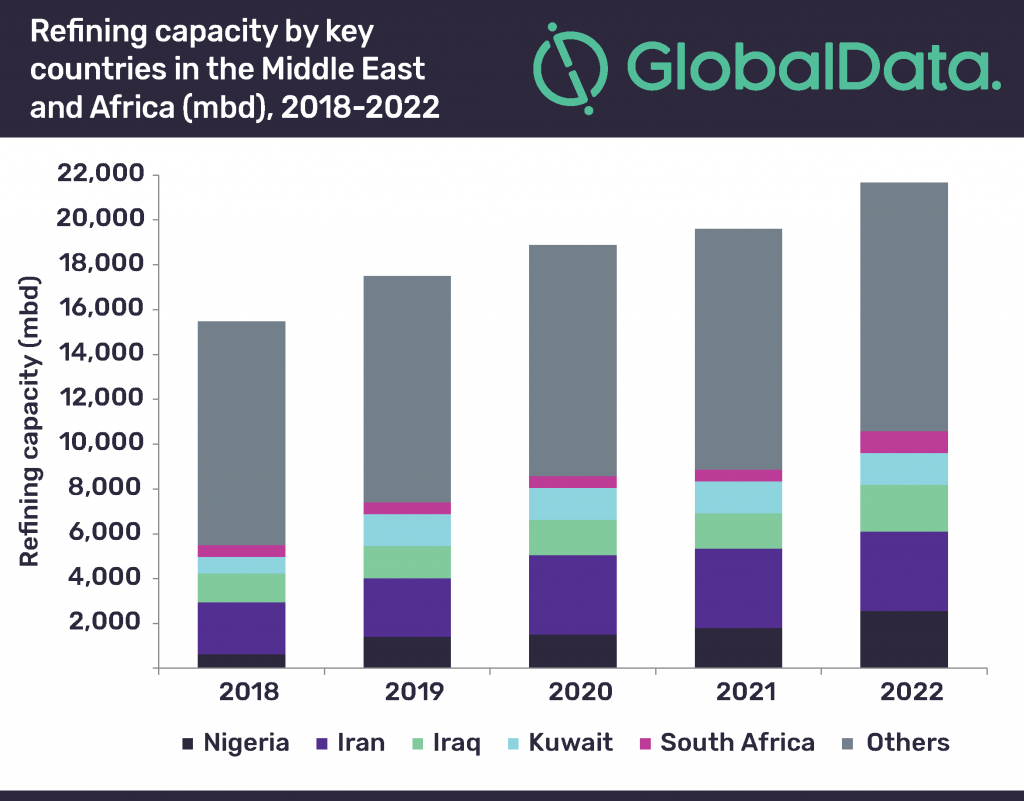 Soorya Tejomoortula, Oil & Gas Analyst at GlobalData, explains: “Nigeria is increasing its crude oil refining capacity as it aims to become a net exporter of petroleum products, instead of being a mere net exporter of crude oil. The increase in refining capacity will also help the country to meet growing domestic consumption of petroleum products.”

Tejomoortula adds: “Iran is planning to increase its crude oil refining capacity as its focuses to meet growing domestic fuel demand and reduce imports. The country is also aiming to become a significant exporter of petroleum products.”

Among the upcoming refineries in the region, Lagos I in Nigeria has the highest refining capacity of 650 mbd in 2022. Al-Zour in Kuwait and Siraf in Iran follow with capacities of 615 mbd and 480 mbd respectively.