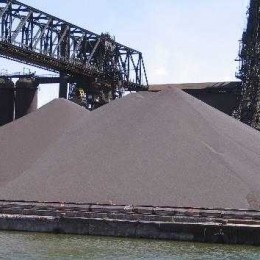 27 January 2012, Sweetcrude, ABUJA – The Federal Government on Friday disclosed its plan to drive to local participation in the exploration, exploitation and processing of solid minerals resource in the country to develop locally the nation’s mines and steel sector which was been consistently taken over by foreign operators.

The Minister of Mines and Steel Development, Arc. Musa Mohammed Sada, who disclosed this when he received in audience a delegation of officials of the Association of Professional Bodies of Nigeria (APBN) in Abuja, observed that the local content initiative in the petroleum industry has recorded modest successes, adding that it was time the mining and steel sectors got more local participation.

The Minister noted that there was a lot of efforts to develop the nation’s mines and steel sector by the foreigners, adding that, efforts to encourage local participation by creating home-made professionals in the sector gave birth to the establishment of the Nigerian Institute of Mining and Geosciences in Jos.

He said “The idea is to generate people that will come up and go into the site and do the actual operations themselves, what they do is practical to add value.”

Arc. Sada expressed appreciation for the visit of the association, noting that, with the reforms in the sector, the Ministry of Mines and Steel Development is highly professional with four (4) technical departments and six (6) agencies to transform the sector into one of the revenue earners for the country.

The Minister lamented that none of the professional bodies in the sector was listed among members’ bodies of the association, assuring that, he would encourage them to partner with the association.

Arc. Sada disclosed that the President Goodluck Jonathan has approved the board members of the Council of Nigerian Mining Engineers and Geoscientists (COMEG) which would be inaugurated by the Minister next week.

The Minister said government was able to register about seventeen (17) steel companies that are at every stage of production in the country as part of her efforts at ensuring that the steel sector which is the backbone of the nation’s industrialization is well developed.

He added that professionals such as geologists, metallurgists in the sector have done a lot of work to provide adequate information and data at ensuring the optimal performance of mining operators in the country.

He expressed optimism that collaboration between the ministry and the association would go a long way in moving the nation’s mines and steel sector forward.

Earlier in his remarks, the President of the Association of Professional Bodies of Nigeria (APBN) and the leader of the delegation,Mr.J. Segun Ajanlekoko said the purpose of the visit was to explore areas of cooperation with the ministry in order to move the sector forward in the transformation agenda of the present administration.

While intimating the Minister about the association, the President said currently, the association consists of 26 accredited professional bodies in the country with the aim of working together as one and be able to present to the government a well articulated opinion on economic, social and other national issues as well as to propose policies and strategies to enable the country attain its full potentials and greatness.

Mr. Ajanlekoko said the association which was established in 1983 and accorded Federal Government recognition in 1992 is an umbrella body of all recognized and chartered professional Institutes,Institutions,Associations and Societies in Nigeria.

The leader of the delegation appealed to government to evolve a deliberate policy for the utilization of indigenous professionals in the developmental efforts of the country. He also sought for the support of the ministry towards the association.