Evergreen
Home featured Nigerian Content: The thrills of a revolution that began in 2010

Nigerian Content: The thrills of a revolution that began in 2010 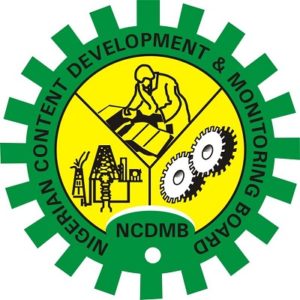 Lagos — A revolution began in Nigeria exactly 10 years today. There was no noise, just an applause. The date was April 22 2010; the venue was State House, Abuja and the event was the signing of the Nigerian Content Act into law. Actually, the seeds of the revolution were planted way back in the 4th National Assembly (1999-2003) when Chudi Offodile (Awka North/South Federal Constituency) sponsored the first bill on local content in the House of Representatives. Unfortunately, the bill was not passed at the end of that Assembly. The issue came alive again when Lee Maeba, the Senator from Rivers East sponsored a similar bill in the Senate in the 5th Assembly. Senator Maeba eventually became Chairman of the Senate Committee on Petroleum (Upstream) and continued to lobby for the legislation with the support of the Chairman of the House Committee on Petroleum Resources (Upstream,) Tam Birisbe and the Vice Chairman House Committee on Petroleum Resources, Bala Banye (Batagarawa, Rimi and Charanchi Federal Constituency) and the 22 other members of the committee who were all co-sponsors of the local content bill. Their efforts paid off when the bill was passed by the Senate in April 2008, and by the House of Representatives in November the following year.

The lynchpin of the Act is the Nigerian Content Development and Monitoring Board, NCDMB, which was set up to address over 50 years of capital flight of some $380 billion, 2 million job losses and less than 5% in-country value addition in the oil and gas industry in Nigeria. 10 years down the line, the NCDMB has led a bloodless revolution and triggered a tectonic shift in the oil and gas business as it affects Nigerian professionals and companies. The NCDMB has been led by three executive secretaries – Ernest Nwapa, an engineer who set off the sail, Denzil Kentebe, an architect who kept the course, and Simbi Wabote, another engineer who has steadied the voyage. It operates from Yenagoa, with five zonal offices in Port Harcourt, Eket, Oguta, Warri and Igbokoda, and two liaison offices in Lagos and Abuja.

The Nigerian content journey can be divided into three major horizons spanning 2010 – 2012, 2013 – 2016 and 2017 – 2026. In the first horizon, the organisation set up the structures and created awareness of the Act, while in the second horizon, it enforced compliance with the Nigerian Content Act and sanctioned defaulters. As a result of this single-minded commitment, the Board achieved 26% Nigerian Content in the oil and gas industry, and taking this up to 30% in 2017, soon after Engr. Wabote took office in November 2016. The third horizon will see the implementation of a 10-year strategic roadmap aimed at achieving 70% Nigerian content by 2027.

The first decade of the existence of the NCDMB has been marked by milestones which are worth celebrating. For instance, indigenous and marginal producers now account for some 15% of Nigeria’s crude oil production and provide about 53% of domestic gas supplies. More than 35,000 jobs have been created through Nigerian content initiatives while about 6000 young persons have benefited from project-based training. The NCDMB has also invested in two modular refineries – the 5000-barrel-a-day Waltersmith plant at Ibigwe, Imo State, and the Azikel 12,000-barrels-per-day plant in Bayelsa State. An outstanding commitment of the board is the idea of the Nigerian Oil and Gas Parks, NOGaPS, in Akwa Ibom, Bayelsa and Cross River states. These are 25-hectare industrial parks which will be clusters of manufacturing concerns, and each will create about 2000 jobs.

At the same time, the board is targeting 100 Nigerian companies which it wants to help to grow into large scale players, in an initiative aptly captioned Project 100. In a bid to make funding available to companies, the NCDMB launched the $200-million Nigerian Content Intervention Fund, NCIF, which, in partnership with the Bank of Industry, BoI, offers single digit interest loans with five-year tenure. 23 oil servicing firms have so far benefited from this fund. But perhaps the most visible demonstration of the revolution being masterminded in Yenagoa is the 17-storey headquarters which towers above any other man-made structure in the South South and South East geopolitical zones. Among other facilities, the building boasts a four-level car park and a 1000-seater conference hall, and will also host a centre of excellence in Research and Development. In line with the spirit of Nigerian Content, the structure was constructed by a local company from start to finish. The NCDMB is not naïve enough to think that these achievements have come about solely by its expertise or the robustness of its processes. Far from it. International oil companies and their Nigerian counterparts, legislators and relevant government agencies and civil society organisations not to talk of communities, have thrown in their lot with the NCDMB, and extended uncommon co-operation. Therefore, the Nigerian Content strides we speak of today are the collective achievement of all these partners.

And if the revolution must continue at a greater pace, the NCDMB should explore ways of taking the symbiotic relationship to even higher levels. This was what happened in Abuja on March 22, 2019 when the NCDMB and Nigerian Liquefied Natural Gas, NLNG, signed the Nigerian Content plan for the implementation of NLNG Train 7. The plan was delivered within 90 days ahead of the previous nine months to one year. This came about because the NCDMB and NLNG signed a Service Level Agreement (SLA) in May 2017, committing themselves to timely approvals of documents and compliance with the Nigerian Content Act. The agreement, the first of its kind between a regulator and operator in the oil and gas industry was adopted “as the template for managing documentation, contracting and expatriate quota and local operating companies.” It is reasonable to expect timely close out of approvals as part of the new normal.

We also expect that the Nigerian Content Act will be embedded in all oil and gas projects and processes. The partners cannot and must not wait to see the proverbial stick before they internalise the provisions of the Nigerian Content Act. Executive dawdling and obfuscation should not be tolerated. Cunning shortcuts should be called out just as willing compliance should be applauded. We salute the Nigerians who have etched the NCDMB in history books through their sacrifice and selfless service. If a revolution means a change of order, Nigerian Content is an exciting modern-day equivalent.