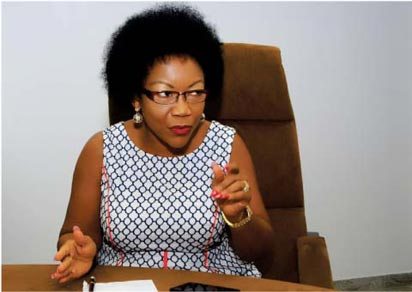 Lagos — The Federal Executive Council, EFC, has changed both the name and location of the proposed Ibaka deep-sea port Ibom deep-sea port in Akwa Ibom State.

Confirming the development, the Chairperson of the Ibom deep sea Committee, Mrs Mfon Usoro disclosed that the change in name and location were approved by FEC in its last Council meeting.

On if the change in name and location of the port will have any negative impact on the project, Usoro said that the project is on course adding that nothing has changed.

Although, there was reason for the change in name and location but analysts are of the opinion that there could be some political undertone in the development.

The Federal Government of Nigeria will own the project through Nigeria Ports Authority in partnership with Akwa Ibom State Government and private investors.

The $4.2bn IDSP project is being developed by Akwa Ibom State Government through a public-private partnership (PPP). The IDSP PPP arrangement received approval from the Federal Government of Nigeria in May 2015. Request for qualification (RFQ) of the project was issued in January 2018.

The greenfield project is expected to become the Eastern Gateway of Nigeria and will provide vital port capacity for the country. It will also serve as a trans-shipment port for the West and Central Africa region. It will mainly handle container, break-bulk, dry bulk, and liquid cargo.

Construction of the port is due to begin around the start at the end of 2019 but as at the time of filling this report, no construction has begun for the port that is due for completion in 2021.

Port location and infrastructure will occupy 2,565ha of land, while an additional 1,565ha is earmarked for future expansion.

The port benefits from multi-modal connectivity offered by the location, with unparalleled access to coastal railway lines, Akwa Ibom International Airport, and an extensive national road network. A 30km-long road connecting IDSP to the federal highway will also be built as part of the project.

The development will also benefit the industries nearby and within the Ibom industrial city, including agriculture, petrochemicals, marine, auto assembly plants, and power plants.

The port will have a number of specialised terminals, which will handle post and new Panamax size vessels. Handling capacity is expected to grow from 1.2 million twenty-foot equivalent units (TEUs) in 2021 to four million TEUs in 2040.

Phase one of Ibom deep seaport project will involve development over approximately 505ha of land, which also includes dug-out basin. A new 20km-long and 450m-wide channel approach will be built to allow two-way traffic for vessels.