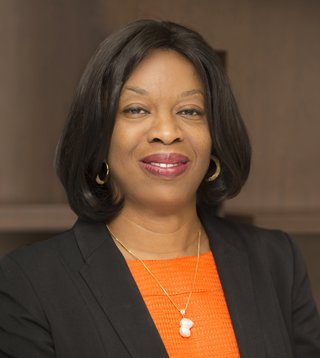 The Managing Director of the Nigeria Bulk Electricity Trading Plc (NBET), Dr. Marilyn Amobi, said the agreement would enable the government buy electricity from the investor and sell to the distribution companies (Discos).

Amobi said though the government is not making initial payment now, such payment would be made based on metered capacity when the investor starts selling electricity on completion of the project.

She noted that “We have been on this for a couple of months. It is a hydro-power project based in Dadinkowa, Gombe State and they have electricity they want to inject into the grid.

“What we are signing is just a binding document for us to engage with them and buy their electricity which we will then sell to the distribution companies and other general service companies which buy electricity from NBET. There is no initial payment until when they start selling based on their metered energy.”

The Project Development Consultant, Mr. Christopher Cyril, who represented Mabon Nigeria Limited, noted that though the signing of the PPA had taken long before being realised, with the signing now, the investor has been assured of a return on the investments.

Cyril stated that so far, $48 million had been invested in the project, which is at about 80 percent completion while the total cost of the project is $68 million.

He said, “So, we are going to put all eagerness until the last paper is signed and once we have it, I think it is going to reassure us as a company as soon as we are up and running, that we will make a viable business and recovery of investment cost is also guaranteed.

“The project concession was awarded in 2005, and like in the industry, once a concession is given, the next thing is the PPA to enable the developer to mobilise funds, mobilise to site but it so happened that after the concession was given, as result of change in government and policies, all these things contributed to the delay in the PPA which we finally got today.

“However, while waiting for the PPA to come, Mabon as a company decided to mobilise with our personal funds to the site. If you come to the site, the project is at about 80 percent completion stage.

“Without looking at my books, we have invested nothing less than $48 million because when we inherited the dam, it was like an abandoned place. So, the first thing we had to do is what is called stability test and we try to stabilise the dam, procure all the hydro-mechanical equipment and carry out other civil works in the dam which was even outside the concession.

“The total cost of completing the project is about $68 million and it is 40mw installed capacity with twin-turbine and if we are able to close the deal by December, seven to eight months after, the first unit will be commissioned while others will follow subsequently,” he further stated.