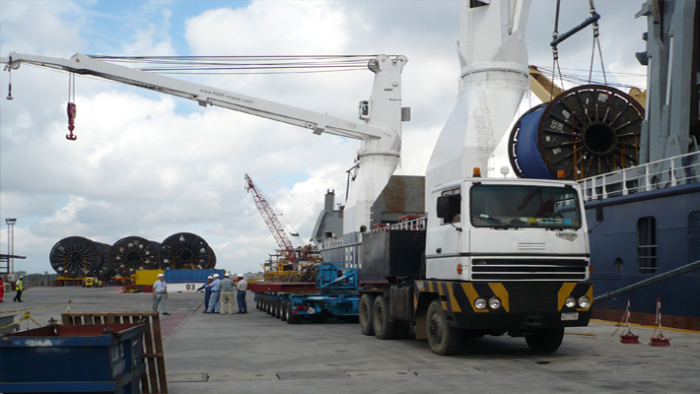 29 March 2018, Sweetcrude, Lagos — The Federal Government through the Nigeria Customs Service, NCS, has granted the Lagos Deep Offshore Logistics LADOL base, a full port status with as part of efforts to generate more revenue.

This was disclosed during a visit to the base by Patience Iferi, the Deputy Comptroller of Customs, DCG, in charge of Excise, Industrial incentive and Free Trade Zones.

Iferi also disclosed that she was not only part of the process but also also saw to the letter granting LADOL such status.

The move is to make sure that the appropriate revenue is collected adding that the base will get all the support from Customs.

The Customs top brass also told the management of the base to liase with the Apapa Customs Command for any issue it may have.

Earlier in opening remarks, the Chairman of LADOL, Mr. Ladipupo Jadesimi said that the choice of the base’s location was strategic such that its operation will not affect shipping activities within and around the ports.

Jadesimi disclosed that the involvement of LADOL in the fabrication and integration of modules of the Egina FPSO has created thousands of jobs both in Lagos Beyelsa and Port Harcourt.

“Because we are integrating in LADOL, thousands of fabrication jobs have been created for Nigerians in Lagos and Port Harcourt.

“This is the one and only fabrication facility in the entire African continent the visions of the founders of LADOL was to ensure that Nigeria captures the lion share of the oil and gas businesses in the Africa.

“Our resource is our youths, and to make them more resourceful and useful, we must train them in relevant skills

During the tour of the facility, it was gathered that the length of the Egina is 330 meters long and 61 meters wide just as it has a capacity to store 2.3 million barrel of crude oil at any point.