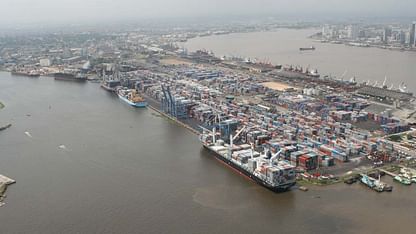 *Port to be concessioned for 50-years

Lagos — The promoters of the Escravos Seaport Industrial Complex, ESIC, Mercury Marine Concession Company, MMCC, has secured a provisional approval for the establishment of a deep seaport in the Escravos area of Delta State.

Disclosing this to newsmen weekend, the Chairman, Chief Executive of MMCC, Rear Admiral Andrew Okoji said that the Federal Ministry of Transport has directed the firm to lodge a billion into the coffers of the Federal Government to show their seriousness.

Okoji also disclosed that the funding of the seaport project is coming from off-shore financial institutions adding that preliminary works as to getting all the necessary permits and approval has commenced.

He said that the moments all approvals and permits are gotten, the port industrial complex which has a land space of about 32 hectares will be constructed within the next five years.

He also disclosed that the Nigerian Ports Authority, NPA, will have a five percent stake in the project for monitoring purposes.

According to him, the project is a mega maritime driven economic development project that promises to massively open up Delta State to international investment in trade, commerce and industry, thus making the state the sinosure of business within Nigeria and African continent.

He further disclosed that there will be a tripartite Joint Venture partnership between MMCC and the Financial Consortium on one hand, Delta State and the Federal Governments on the other hand.

He also stated that the project is going to be on Built Owned, Operate and Transfer, BOOT, basis adding the proposal is enough to excite anybody.

He said; ‘‘It is going to be a lease for about 50 years, the investment for the port is coming from abroad.

‘‘We have gotten a provisional approval from the Federal Government through the Federal Ministry of Transportation as they have told us to lodge in 1billion dollars as evidence of capacity to the fund the construction of the port and to lodge in your money, there are certain protocols that must be met. We are currently carrying out these protocols.

‘‘The Nigerian Ports Authority is going to be part of the project, I think they will get some percentage as regards to the equity, I think about percent just for monitoring purpose.

‘‘I will tell you, you have been talking about Lekki Deep Seaport for the past twenty years but I am telling you that within the next five years we will complete the construction of the port.’’

On the challenges of insecurity and the menace of pirate in that region, Okoji explained the issue of joblessness is the result of youth restiveness adding that project will create between 30,000 and 40,000 job opportunities.

‘‘When people are gainfully engaged, why would they bother themselves about criminality.” he queried