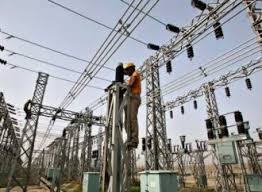 10 January 2018, Sweetcrude, Abuja – The Minister of Power, Works, and Housing, Mr. Babatunde Fashola, has revealed that the ministry is making a policy to expand the distribution network of the Electricity Distribution Companies (Discos) to distribute the 2,000MW that is stranded.

Fashola, who was speaking at the 23rd Monthly Power Sector Operators meeting in Lafia, Nasarawa State, also encouraged the power sector to work harder to reduce incidents of estimated billings and improve availability of prepaid meters to electricity consumers noting that the Nigeria Electricity Regulatory Commission (NERC) would conclude the Meter Regulations that would open up the meters supply and installation business.

He also called on manufacturers which require power for their industries to provide the ministry with information on their location and the amount of power they need from the undistributed 2,000MW.

He said, “We are also putting together a policy position to help expand the distribution network of the Discos and use this to distribute the 2000MW that is currently available but cannot be distributed.”

He regretted that the power supply suffered a setback during the first few days of the year due to damages suffered by the gas supply network but noted that the damages had been repaired.

The minister said what was left was to test the lines and restore pressure and supply to the generation companies.

He promised that “one by one all the stakeholders from the Transmission Company of Nigeria (TCN), Power Generating Companies (Gencos) and Discos will work to restore supply to the levels they were before the pipeline damage.”

Fashola earlier confirmed the inability of many Gencos to generate higher electricity because they are now limited by the ability of the Discos to take more power to customers, and not the issue of gas constraints which had prevailed before May 2017, stating categorically the issue of 2000MW of unused electricity.