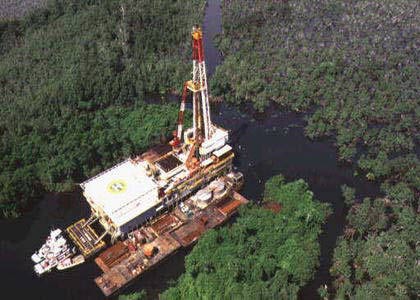 According to a copy of the 2018 budget obtained by SweetcrudeReports, the government forecasted to earn a total of N2.44 trillion.

The projection is a fraction of the total revenue of N6.607trn budgeted as revenue for 2018.

This year’s total budget is lesser than that of last year of N7.3 trillion but almost at par with that of 2016 put at N6.1trn.

The 2018 budget initially based on $45 per barrel by the Executive, and the Senate was later increased to $47 per barrel.

Oil prices hit $71 per barrel on Thursday as a result of efforts by both the Organisation of Petroleum Exporting Countries, OPEC and its Non-OPEC partners, Russia especially, to reduce oil glut in the market.

If all goes according to plan, analysts say oil prices are likely to hit $80 per barrel or more this year.

However, Lukoil has warned against oil prices climbing up to $150 per barrel, citing return of the glut as oil producers seek to make as much money as possible.

OPEC is yet to discuss an exit strategy from the oil agreement which started last January.

In a statement signed by President Muhammadu Buhari’s Special Adviser on Media and Publicity, Femi Adesina on Friday, the former had said excess revenue as a result of rising oil prices will be spent on building infrastructure across the country.

President Buhari while receiving delegate from Eni, led by the Chief Upstream Officer, Antonio Vella, said extra funds outside the provision of the year 2018 budget “will be deployed to infrastructure projects like roads, rail, and power, for the good of our people, and for the development of the country.”

Out of the over N6trn budgeted earning for 2018, the Ministry of Power, Works and Housing headed by Babatunde Fashola gets the sum of N555.88billion.

A total of N529bn was allocated to the ministry last year.

Fashola had reported an achievement of 71.58 percent of the ministry’s budget for 2017.