Nigerian manufacturers got $660m FX in one month 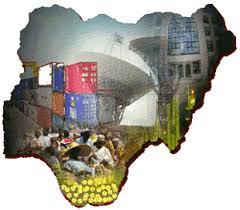 08 November 2016, Lagos — Operators in the manufacturing sector were able to access foreign exchange (FX) valued at over $660 million in the interbank market to source raw materials and spare parts for their firms.

The move by the Central Bank of Nigeria, CBN, was in line with its earlier promise to ease the FX pressure on manufacturing and agricultural businesses through forward sales under the flexible FX regime.

Details obtained at the weekend indicated that the sum sourced by the manufacturers was to facilitate the procurement of raw materials for agricultural, pharmaceutical, automobile, aviation, plant and machinery, power, telecommunications, and printing, among others.

Confirming the report, the acting Director, Corporate Communications Department at the Central Bank of Nigeria (CBN), Isaac Okorafor, explained that the CBN was committed to ensuring that manufacturers of goods for which Nigeria does not enjoy comparative advantage were able to get letters of credit (LCs) to import the required materials for their businesses.

Citing the case of some manufacturing industries in Nigeria, which had posted huge turnovers since the CBN introduced restrictions on the sourcing of FOREX for 41 items from the inter-bank market, Okorafor said the restriction had indeed yielded positive results.

He therefore urged manufacturers to take advantage of the policy, which he stressed was part of efforts by the CBN to ensure that Nigeria reclaims its status as a major producer through backward integration initiatives and conserve billions of FX spent on import bills annually.
Meanwhile, the naira depreciated on the interbank foreign exchange (FX) market on the second consecutive trading session as double demand continued to outweigh supply of the greenback in the market

But on the Bureau De Change (BDC) and parallel market arms of the FX market, the naira closed at N385 to the dollar and N470 to the dollar respectively.

Commenting on the development in the interbank FX market, a currency analysts who pleaded to remain anonymous said: “I think there are pockets of transactions and people are mopping up liquidity, which obviously is putting pressure on the interbank market. The level of liquidity in the market has dropped. But that is nothing to worry about because the Central Bank knows when to intervene.”