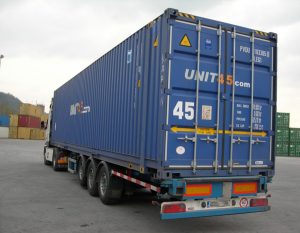 Lagos — The Nigerian Shippers Council, NSC, has concluded plans to establish standardized haulage rates and services with a view to ensuring that cargoes are transported in good condition and in the most economical way.

Speaking at a stakeholders’ meeting in Lagos yesterday, the Executive Secretary of the Council, Mr. Hassan Bello, said that the completed survey of standardized rates will create competition amongst haulage companies operating in Nigeria.

He also disclosed that the proposed rates will be reviewed biannually to meet the economic realities of the time.

He said: “NSC recently completed the haulage survey from Lagos ports to various destinations across the country and the rates were validated with stakeholders in the presence of the Federal Ministries of Transportation and Power, Works & Housing.

“In order to have a comprehensive and standard haulage rate for all seaports, the Council has also completed the survey exercise from the Eastern Ports to various destinations.

“This is in line with the NSC mandates to ensure that cargoes are transported in good condition and in the most economical way.

“The whole exercise is to establish a well structured and standardized haulage rates and services for Road Transport Sector for stakeholders’ business plan and economic decision making.

“The NSC after the survey exercise has come up with the proposed rates from Western and Eastern Ports to environs and major road and transport corridors across the country for validation and adoption by stakeholders under the Federal of Transport’s observation”.

Moreover, Bello said the Council had observed that most of the trucks operating on the corridors were rickety and do not have comprehensive insurance or Goods-in-transit cover.

He disclosed that it was difficult for haulage trucks to pass through any of the South-South and Eastern Local governments without being extorted adding that the absence of unified standard haulage rates has led to arbitrariness in the business.

Similarly, Director, Road Transport and Mass Transit Administration at the Federal Ministry of Transportation, Dr. (Mrs) Anthonia Ekpa, said that the aim of the entire exercise was to bring down the cost of goods and services in Nigeria to the barest minimum.

Ekpa explained that whatever cost that was incurred by the importer is passed down to the final consumer of the goods.