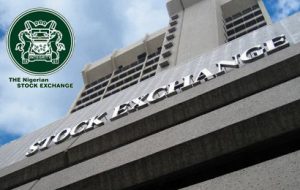 Nigeria’s economy has grappled with low growth since recovery from recession three years ago. Buhari, who began a second four-year term in May, has pledged to revive the economy. But investors have been waiting for policy signals that could lift economic growth.

Buhari assigned portfolios to ministers on Wednesday, retaining 14 from his past administration while appointing 29 new ministers, in a cabinet made up of political loyalists, analysts say, lifting a layer of uncertainty for reforms.

Analysts said the rise was a relief rally and that half year corporate results, particularly from banks, were also supportive. Local banks have been trading at low book values, weighed down by weak sentiment over the economy.

Stocks had been on a losing streak since end of May, when Buhari was sworn in, due to his failure to appoint a cabinet months after winning a second term in February’s election. That prompted foreign investors to trim their holdings.

Buhari has pursued protectionist policies since first taking office in 2015. He has backed a currency intervention that has seen the central bank pump billions of dollars into the foreign exchange market and policies aimed at curbing imports to boost local production.