Lagos — In what marks a new epoch in the journey of Nigeria’s beleaguered Petroleum Industry Bill, PIB, indications are that it will enter second reading at the National Assembly by October 20. This is after the revised bill scaled first reading at the Senate and the House of Representatives late September.

The bill, which was presented by the Senate Leader, Abdullahi Yahaya, passed first reading barely 48 hours after it was transmitted to the National Assembly for consideration and passage by President Muhammadu Buhari.

After the bill was read, Senate president, Ahmad Lawan, directed that full copies of the bill be distributed to all the lawmakers ahead of the second reading where details of the bill will be discussed.

That second reading will now come up on Tuesday, October 20, when the Senate will debate the bill.

The bill equally made similar journey in the House of Representatives, according to House speaker Femi Gbajabiamila, the bill will come up for second reading on Tuesday, October 20 – same day as in the Senate.

President Buhari, early last month, had promised to see to the passing of the Bill into law latest by the end of 2020 even as stakeholders have underscored the importance of a business friendly fiscal policy to investments in the oil and gas sector.

Announcing the expected debate of the bill on October 20, Senator Lawan stated that an early debate on the bill was necessary to forestall any delay in its consideration. He said the legislation would, after debate on the floor, pass second reading and be referred to the Joint Committees on Petroleum and Gas for further legislative work.

He said, “For the PIB, we need to get the document to our Joint Committee before we suspend plenary, otherwise, the document will remain unattended to throughout the time that we would be handling the budget; and that means we can only come back to it around November or December, and that would be late.

“Everybody is waiting for the PIB to be attended to, but we will take sufficient time to work on it because it is a very sensitive document.
“Nevertheless, we should take the debate and second reading of the PIB by the upper week, Tuesday 20th (October), 2020, and refer the document to our Joint Committees on Petroleum (Upstream and Downstream); and Gas.

“So, while we are working on the budget, they can keep work on the PIB warm.”

“Our Joint Committee must do everything possible for us to have a document or report that we would work with in the Senate and something that Nigerians and investors will be happy with,” Lawan added.

The chairman, Senate Committee on Media and Public Affairs, Senator Ajibola Basiru, also pointed to the Senate’s commitment to the passage of the bill, saying: “The Senate is committed to expeditious passage of the bill because it is central even to the realisation of revenue and putting our oil in competitive international market.

“On the 20th of October, the bill will enter second reading after which it will be sent to the relevant committee of the Senate, that is committee on upstream/downstream sector so that as work is being done on the 2021 appropriation, work will be done at the same time on the bill”.

He added: “Recall that the PIB scaled first reading in the Senate last week, an indication that the Senate has begun work on the Bill. Also, recall that the leadership of the National Assembly had penultimate week, pledged to accelerate legislative action on the Petroleum Industry Bill submitted by the President Muhammadu Buhari two weeks ago.

“The leadership of the National Assembly had also said that the ninth Assembly will break the jinx of not being able to pass the Petroleum Industry Bill after several attempts”.

During a meeting with the Minister of State for Petroleum Resources, Timipre Sylva, both Senator Lawan and the speaker of the House of Representatives, Mr Gbajabiamila, gave assurances as to the passage of the bill this time around.

As indicated by the Senate president, Nigerians are anxiously awaiting the passage of the bill into law. They believe that the bill will streamline operations in the oil and gas sector and boost investors’ confidence in Nigeria. 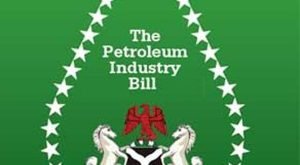 The Society of Petroleum Engineers, SPE, for instance, is of the view that passage of the bill would boost investors’ confidence in Nigeria’s oil and gas industry. .

The Chairman, SPE Nigeria, Mr Joseph Nwakwue, expressed the belief while speaking with journalists in Lagos. Lamenting the non-passage of the bill for nearly 19 years, he said the development had created uncertainties that have negatively affected Nigeria’s oil and gas sector.

“We used to be a choice destination for investment, but, I am afraid we have lost that place over time. Key considerations for investors are resource endowment/density, fiscal terms, ease of doing business etc.

“We have slipped by most measures but there is scope for a rebound if we get the PIB right. The Minister of State for Petroleum Resources, Chief Timipre Sylva, has said hopefully it will be passed before the year ends; we are hoping and praying that this happens,” Nwakwue asserted.

As Nigeria’s oil and gas industry anticipates passage of the PIB into law, the Executive Director, Commercial & Strategy, Total Exploration & Production Ltd, Mr. George Oguachuba, called for balance in the bill. He made the call while delivering a lecture on the ‘E&P Value Chain, Business and Key Stakeholders’ during a one-day virtual media workshop organised by the Nigerian Association of Petroleum Explorationists, NAPE.

“We need to have a balanced PIB that works for everyone so as to be proud of what would be left to generations, even yet unborn,” he said.

With over 30 years working experience in the oil and gas industry, Mr. Oguachuba hopes that the proposed bill has the upstream at its centre because, according to him, without exploration, all other arms in the industry would cease to exist.

He also called for the right incentives that would encourage exploration activities. “The Federal Government should have it at the back of their minds that for exploration to thrive, after we might have remitted all charges to the government account, we also need to have enough to continue to stay in business, balance our budgets, and attend to our expenses,” he said.

He alleged that stakeholders are yet to see the revised PIB, with respect to the old version; but, assured that the challenges and needs of the host communities would be properly addressed.

President Buhari himself said he was awaiting the passage of the bill to sign it into law as he called on the House of Representatives to pass it speedily. He made the call in his letter transmitting the PIB to the House, titled, ‘Transmission of The Petroleum Industry Bill 2020 For Consideration And Passage Into Law’. The president made the same call for a quick passage of the bill while presenting the 2021 budget to the National Assembly.

Stakeholders believe that the bill would likely be passed under the current legislature, having failed to scale the hurdle in the past Assemblies in nearly 19 years. They point to the composition of the current National Assembly, which has majority members from President Buhari’s ruling All Progressives Congress, the utterances of officers of the current Assembly on the PIB and the legislature’s alignment with the presidency.

Senate President Lawan had been quoted as saying the Senate, under him, will approve any request from President Buhari because requests from him were patriotic and should be accorded approval.

Observers cite the PIB as one such requests, having emanated from the presidency.

SweetcrudeReports reports that the revised PIB 2020, now before the National Assembly, among others, provides that there would be no need for the Nigerian National Petroleum Corporation, NNPC, and the Petroleum Products Pricing Regulatory Agency, PPPRA, as both will be scrapped. 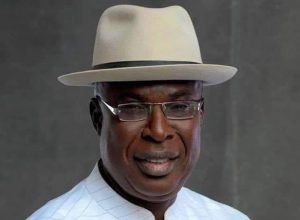 The NNPC, as currently constituted, will be replaced by Nigerian National Petroleum Company Limited or NNPC Limited while, according to the bill, the upstream sector of the oil industry will get its own agency known as the Nigerian Upstream Regulatory Commission- to be responsible for the technical and commercial regulation of upstream petroleum operations, and the midstream and downstream sector will get the Midstream and Downstream Petroleum Regulatory Authority, MDPRA, known as ‘The Authority’.

Other key details, according to Reuters:

* The bill would amend contentious changes to the government’s take of deepwater oil made last year.

* Ghana, in comparison, has a 5% royalty and 35% tax on its deepwater production.

* In comparison, the Permian in Texas has 21% tax and royalties that are in the mid to high single digits.

* It would also raise the oil price at which a sliding scale of higher royalties kick in to $50 per barrel.

* Oversight would be split into new entities covering upstream, midstream and downstream. An entity called the Commission would take over oil and gas licensing.

* The Commission would publish all contracts, licences and leases on its website.

* Countries such as Angola have established regulators outside the state oil company or oil ministry in an aim to take politics out of licence awards and make them transparent.

* The new downstream regulator, the Authority, would also be allowed to set fuel prices if it determines there is not enough competition.

* The ministries of finance and petroleum would transfer the assets of state oil company NNPC into a limited liability corporation (LLC).

* The new LLC it would operate as a commercial entity without access to government funding. However the bill does not explicitly state that it would keep all its revenues.

* The bill does not outline a requirement for the government to sell shares to others, meaning it would not necessarily be “privatised”.

* Many state oil companies, including African oil companies such as Sonangol, have aspects of their operations that are incorporated in similar ways. If run properly, they can aid transparency and help them raise funds.

* Oil companies would have to set up host community development trusts, and pay 2.5% of annual operating expenditure in the given area toward them.

* Few other oil and gas producing countries face the scale and complications of community relations that they experience in Nigeria’s restive Delta region.

* The new requirement is in addition to fees that companies now pay to the Niger Delta Development Commission.

* The bill would bar companies from deducting gas flaring penalties from their taxes, firmly closing an avenue that some used to defray the costs of burning gas.

* Companies would also have to supply a set amount of gas, determined by the new regulator, to the domestic market or face penalties of $3.50 per 1 million British Thermal Units (mmbtu)

* Companies can avoid penalties in the case of a force majeure, or if they cannot transport the gas or find a suitable paying buyer.

* While Nigeria is eager to expand domestic gas use, few other nations mandate the amount of gas that must be sold locally.