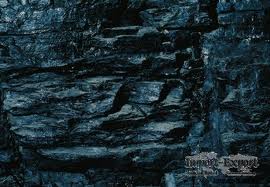 2 November 2011, Sweetcrude, Benin – Communities in Nigeria’s bitumen belt has called on the Federal Government to urgently convene a national stakeholders’ forum to address their aspirations and concerns.

They also want government to commence dialogue with them with a view to creating awareness and unity amongst the host communities.
The bitumen producing states in the country are Ondo, Ogun and Edo.

Sweetcrude gathered that the country has the third largest bitumen deposits in the world with Venezuela and Canada, coming first and second, respectively.
The bitumen belt communities, which met in Benin, Edo State, on Tuesday, under the auspices of Bitumen Consultative Forum, organised by Environmental Rights Action/Friends of the Earth, ERA/FoN, also demanded for equity share in the revenue from bitumen proceeds as proposed in the Petroleum Industry Bill now before the National Assembly.

According to the communiqué issued at the end of the one-day meeting by Dr. Uyi Ojo: “We demand an MoU to specify communities’ roles and responsibilities, including benefits between government and oil companies.

“The government must ensure the protection of the people and ensure the sustainability of a healthy environment.”
They stressed the need for the local people to be adequately empowered, if and when they are relocated from their communities at the commencement of bitumen extraction in their areas.
They insisted that the evils visited on oil producing communities in the Niger Delta region should not be allowed in the bitumen belt.
when extraction of the deposit commences, the communities called for upward periodic review of benefits accruing to communities.