Nigeria’s gas output grows by 4.12% in one month 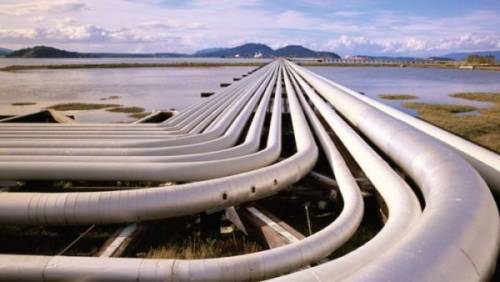 Dublin, Ireland — Nigeria’s total gas output grew by 4.12 per cent to 189.996 billion standard cubic feet (BCF) in the month of July 2021, compared to 179.59 BCF recorded in June 2021, according to gas production and utilization data released by the Nigerian National Petroleum Corporation (NNPC).

The total gas output for July 2021, the NNPC said, represented average daily gas production of 6.032 billion standard cubic feet (BCF) of gas per day, compared with 5.793 BCF of gas per day in June 2021.

Giving a breakdown of the utilization of the gas produced, the NNPC noted that 9.071 BCF of the resources was used for fuel gas, while 40.42 per cent of the commodity, 75.586 BCF of gas, was utilized by the Nigeria Liquefied Natural Gas (NLNG).

In addition, the NNPC report stated that 7.810 BCF of gas was utilized by the Escravos Gas to Liquid (EGTL) project, while 3.615 BCF of gas, representing 1.93 per cent of total output, was used for Natural Gas Liquid/Liquefied Petroleum Gas (NGL/LPG).

On the other hand, the NNPC reported that the domestic utilization of the commodity, through the Nigerian Gas Company (NGC) and others, accounted for 12.49 per cent of total output in July 2021, with 23.363 BCF of gas, while 52.096 BCF of the commodity, representing 27.86 per cent of the total output in the month under review, was utilized for gas reinjection and gas lift make-up.

In general, the NNPC disclosed that 171.54 BCF of gas, representing 91.74 per cent of total output, was utilized in the month under review.

Conversely, the reported added that 8.27 per cent of the total gas output in the month under review was flared, as oil and gas firms operating in the country flared 15.456 BCF of gas in July, an equivalent of 499 million standard cubic feet of gas per day (MMSCFD).

Furthermore, the report listed Seplat, under the Joint Venture (JV) arrangement, as the worst offender in terms of gas flaring, stating that the company flared 100 per cent of the 276 million standard cubic feet of gas it produced in July; while SEEPCO (Oil Mining Lease 143), under the Production Sharing Contract (PSC), on the other hand, did not flare any of its 4.2 BCF of gas produced in the month under review.