Port Harcourt — The recent increase in the country’s oil production is now under threat, as the Petroleum and Natural Gas Senior Staff Association of Nigeria has threatened to down tools, over the sacking of its members by an oil firm, Fedoz Nigeria Limited. 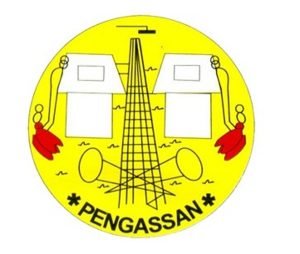 The oil workers union explained that Fedoz Nigeria Limited violated labour laws by terminating the appointments of four of its members who joined PENGASSAN, which according to them, is their inalienable rights as guaranteed in Section 40 of the Constitution of the Federal Republic of Nigeria.

Speaking, the Assistant General Secretary of PENGASSAN, Port Harcourt Zone, Comrade Tamuno Dappu, urged all its Branch Chaiman and Chapter Chairman of the Association within the zone, which covers South South and Southeast, to be on red alert for imminent shutdown of oil facilities.

Dappu also notified the managements of oil and gas companies within Port Harcourt Zone, industry regulators and the security agencies of its resolve to shut down oil operations in the industry over the issue.

“We are compelled to inform you that the management of Fedoz Nigeria Limited has
grossly violated the extant labour laws by terminating the appointments of four of
our members who joined our Association for exercising their inalienable rights as
guaranteed in Section 40 of the Constitution of the Federal Republic of Nigeria.

“The management has also rebuffed all genuine efforts for amicable resolution of the
issue (including the intervention of the Honourable Minister through the Zonal
Director, Federal Ministry of Labour and Employment, Port Harcourt).

“In view of the above, we are left with no other option than to direct you to be on red
alert for an imminent shutdown of oil facilities in our Zone to press home for the
reinstatement of four members whose appointments were brazenly terminated by
Fedoz Nigeria Limited contrary to ILO Conventions 87 and 98, extant Labour Laws and the supreme law of the land- the Constitution of the Federal Republic of Nigeria.

“We are also alerting the managements of oil and gas companies in Port Harcourt Zone and the security agencies of our resolve to shut down oil operations in the oil and gas industry because of anti-labour practices and gross violations of our extant labour laws by Fedoz Nigeria Limited.”