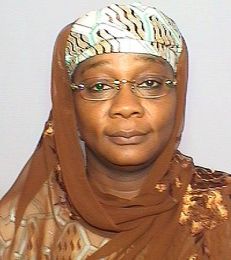 16 October 2012, Sweetcrude, Lagos – THE National Seafarers Development Programme (NSDP) initiated by the Nigerian Maritime Administration and Safety Agency (NIMASA) has run into a hitch following the inability of the already trained cadets to get the 18 months compulsory sea time training.

Meanwhile, the Senate Committee on Marine Transport has expressed worries over the inability of graduates of the programe to get the compulsory sea time training, noting that without the training these young Nigerians will be unemployable.

Speaking during an over-sight function visit to the safety agency, the Chairperson of the Committee Senator Zainab Kure disclosed that some of the cadet are idling away, waiting for any opportunity for such training that may never come.

Kure urged NIMASA to collaborate with institutions that can give sea time training to these group of Nigerian so as not to defeat the objective of the entire project.

The Committee Chairperson demanded for a comprehensive list of beneficiaries of the programme since inception.

She however commended the Agency for conceiving the idea to create an opportunity for Nigerians to get trained and employed by ship owners and managers.

The project which was initiated about four years ago, was meant to cushion the effect of the dearth of seafarers that was being experienced in the global shipping industry.

Already, about 334 young Nigerians have benefited from the NSDP project having undergone various aspects of maritime training in different institutions across the world.

Mrs Oluremi Tinubu, former first lady of Lagos said that some of the cadets she spoke with when the Committee visited the AMET University in India, expressed fear of being excluded from the 18 months sea time training.

She noted that it was important for these young people to be employed after their training adding that the country already has a problem of unemployment.

In his reaction, the Director General of NIMASA , Mr. Patrick Akpobolokemi said that the NSDP project was conceived and designed as a short term intervention to produce the much needed manpower for the maritime industry.