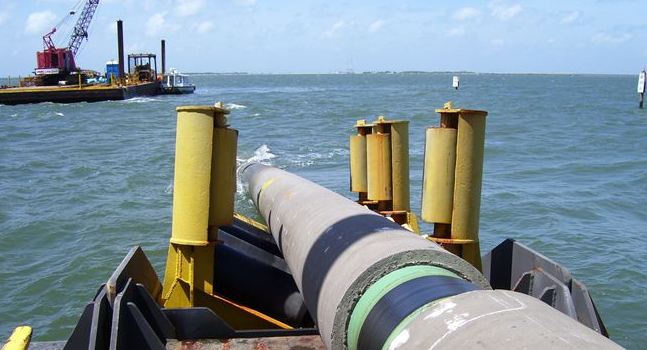 Lagos — THE National Inland Waterways Authority, NIWA, has said that some of  the International Oil Companies, OICs, operating in Nigeria have shown interest in the payment of their  indebtedness of underwater pipelines  to agency.

Speaking in Lagos, Managing Director of NIWA, Chief George Moghalu said that some of the IOCs have started negotiations with agency on payment modalities because the agency decided to take up the matter at the highest level of government.

Moghalu expressed satisfaction on the progress of the negotiation adding that the OICs are willingly and ready to pay noting that he may not be able to give the exact amount NIWA is being.

He explained that NIWA is not averse to any form of negotiation over the payment of the debt being owed adding that these monies will be paid directly to Treasury Single Account, TSA.

He stated: “I may not be able to give specific figures but the fact is that we are being quite a lot by some of the oil companies and we have taken the matter at the highest level of government.

“There is positive news from some of the oil companies as they have started engaging us so that figures can be reconciled. We are willing to negotiate, the fact is that we are being owed and the money has to be paid.

“Thank God this is the era of TSA, the monies will be paid directly to the TSA.

“The truth about the whole thing is that some of them (IOCs) have shown willingness to have the issue resolved.”

Source close to the agency disclosed that as at 2017-2019, over N2.7billion was be owed the agency by the IOCs, an indication that what is being owe NIWA could be much more than the figure quoted.