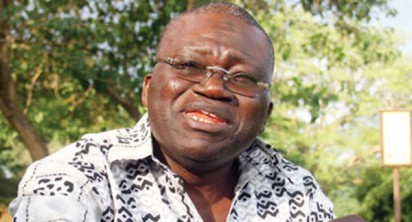 Oscarline Onwuemenyi
11 April 2018, Sweetcrude, Abuja – A top-ranking member of the Nigerian Labour Congress (NLC), Mr. Issa Aremu, has weighed in on the declaration by President Muhammadu Buhari that he will stand for reelection during the 2019 Presidential Election.

Aremu, who is the General Secretary of Textile Workers Union and a National Executive Council member of the NLC, said that there should be no argument about the decision of the incumbent president as the constitution allows him to run for one more term in office.

Mr. Aremu, however, noted that citizens and members of the Union also have the right to vote for him or not and asserted that the Union would take their decision based on a critical assessment of the performances of the President.

In a statement which was released by Mr Aremu on Monday and obtained by our correspondent in Abuja, the NLC NEC Member noted that, “The reported announcement by President Muhammadu Buhari of his intention to seek re-election in 2019 is largely a constitutional matter.

“For us in the labour movement, the 1999 Constitution of Nigeria allows for two-term tenure for the president, if elected, same for governors and open-ended for legislators.”

According to Aremu, “President Buhari certainly has the right, to seek re-election. Same constitution allows all eligible citizens to exercise their rights to vote and be voted for. The controversy over whether the president is contesting or not is, therefore, unnecessary.

“What is also clear is that Labour will also exercise its constitutional rights to vote based on critical assessment of all political office holders with respect to decent work, decent pay, employment, cost of living, security and building of a prosperous, fair, just and united Nigeria.”