Port Harcourt — The Nigeria LNG Limited says it is evaluating the resolution of the Senate which directed her to pay N18.4 billion compensation to 73 communities in Rivers State, over loss of use of lands acquired by the company, to pipeline Rights of Way through the communities. 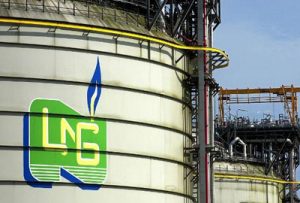 Recall that the Senate had directed that the payment should be made within 60 days, in its resolutions adopted after the consideration of the report of Senate Committee on Ethics, Privileges and Public Petitions which investigated a petition by the 73 communities.

Odeh explained that NLNG has always conducted its business responsibly and in accordance with the laws of the Federal Republic of Nigeria.

“The attention of Nigeria LNG Limited has been drawn to a resolution said to have been passed by the Senate, following the consideration of a report by its Committee on Ethics, Privileges and Public Petitions, sequel to a petition relating to compensation for the acquisition of a Right of Way across some communities.

“NLNG is evaluating the resolution and circumstances surrounding it.

“NLNG wishes to state that it has always conducted its business responsibly and in accordance with the laws of the Federal Republic of Nigeria,” the gas multinational said.

Chairman of the Committee, Senator Patrick Akinyelure said following its incorporation, the NLNG acquired landed properties in Rivers State spanning over 210 kilometres for use as its pipelines Right of Way which ended at the export terminal of the NLNG in Finima, Bonny local government of the state.

Akinyelure said there was evidence that other oil companies such as Shell Petroleum Development Company, Total, Elf Petroleum, Agip Oil Company paid compensation for the loss of use of land to their host communities.

He added that NLNG confessed that, the payments were made long ago and could not reasonably trace most of the payments documents but promised to look for further evidence to show that it paid stakeholders concerned if given another one month to enable it do so.

According to him, “That there were over 73 communities and over 200 families whose hitherto agrarian source of livelihood was negatively impacted upon by the said acquisition.

“The total amount it paid for part of the 210 kilometres of land acquired for pipelines Rights of Way was N74,642,773.00 which is not significant when compared to the sum of N18.4 billion approximately demanded by the 73 communities and over 200 families, which has never been objected to by the NLNG up till now.

“That the payment made covered only 39 communities and 73 individuals and families; and that there was no Memorandum of Understanding signed between the communities and NLNG on future obligations in the name of Corporate Social Responsibility with the impacted communities.”