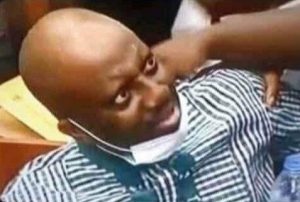 Port Harcourt — The Niger Delta Development Commission, NDDC, has hinted that it will soon commence the training of youths in the region on fabrication and under-water welding, for them to benefit from the upcoming NLNG Train-7 project.

NDDC Acting Managing Director, Prof Kemebradikumo Pondei, gave the hint in Port Harcourt, when leaders and critical stakeholders in the region paid a courtesy visit to the Commission.

Pondei, who said that the IMC was poised to reposition the Commission as directed by President Buhari, regretted that NDDC, which was set up as an interventionist agency, ended up performing the functions of local and state governments, thus limiting its capacity to intervene where necessary.


He also regretted that NDDC, despite existing for 20 years, has not been able to deliver on its core mandate of fast-tracking development in the Niger Delta region.

“We also have plans to train our youths to benefit from the Nigeria Liquefied Natural Gas, NLNG, Train 7 project. Barring funding challenges, we want to train the youths in under-water welding.

“We want to return the NDDC to its proper role as an interventionist agency. That is why we are revisiting the region’s roadmap, the Niger Delta Regional Development Master Plan.

“The development compass needs review and we will need inputs from all stakeholders to once again underline what the NDDC is supposed to be doing,” he said.

Pondei further lamented that various agricultural programmes have failed in the region on account of poor funding, hence the Commission had started a pilot rice planting project which would subsequently be spread across the region, as the CBN was ready to provide loans for it.

Earlier, leaders and critical stakeholders in the region, led by Chief Timi Kaiser Ogoriba, declared their support for the on-going forensic audit in the Commission.

Ogoriba lauded the IMC for taking some notable strides, while urging it to do more because the development of the Niger Delta region was still a far cry from what was envisaged by those whose agitations led to the establishment of the NDDC.

Also speaking, Rights Activist, Annkio Briggs, bemoaned a situation where the NDDC and the Niger Delta region were now a laughing stock in Nigeria because everybody who wanted to make excuses for the injustice in the region, cites the poor performance of NDDC.

The truth, Briggs said, was that the Commission had to deal with a system where its budget must be taken to the National Assembly where the lawmakers were at liberty to pick and choose what they want before approving the budget.