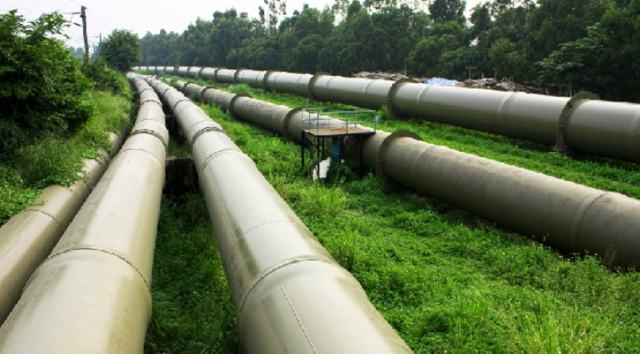 Lagos — The Nigerian National Petroleum Corporation (NNPC) has called on members of the public to discountenance reports of a possible fire outbreak from a vandalized point on its pipeline at Aboru Canal in Alimosho Local Government Area of Lagos State, saying that the there is no such hazard as the line in question has since been shutdown for repairs and presently contains only water.

The corporation, in a release by its Group General Manager, Group Public Affairs Division, Dr. Kennie Obateru, explained that the Atlas Cove – Mosimi stretch of the System 2B Pipeline was shut down on June 25, 2020, to enable comprehensive maintenance of some segments of the pipeline.

The NNPC said the repair work was on the last stage of completion which involves hydro-testing – a process of pumping of water through the entire pipeline for integrity test and leak detection – to ascertain availability of the pipeline for pumping products.

The corporation noted that following a report from the dedicated patrol team about a leakage at a point in the Aboru Canal this morning, water pumping was suspended immediately at 09:27hrs to enable the maintenance team effect necessary repairs.

The NNPC urged residents of the affected community to remain calm as there is no possibility of a fire erupting from the leakage point.