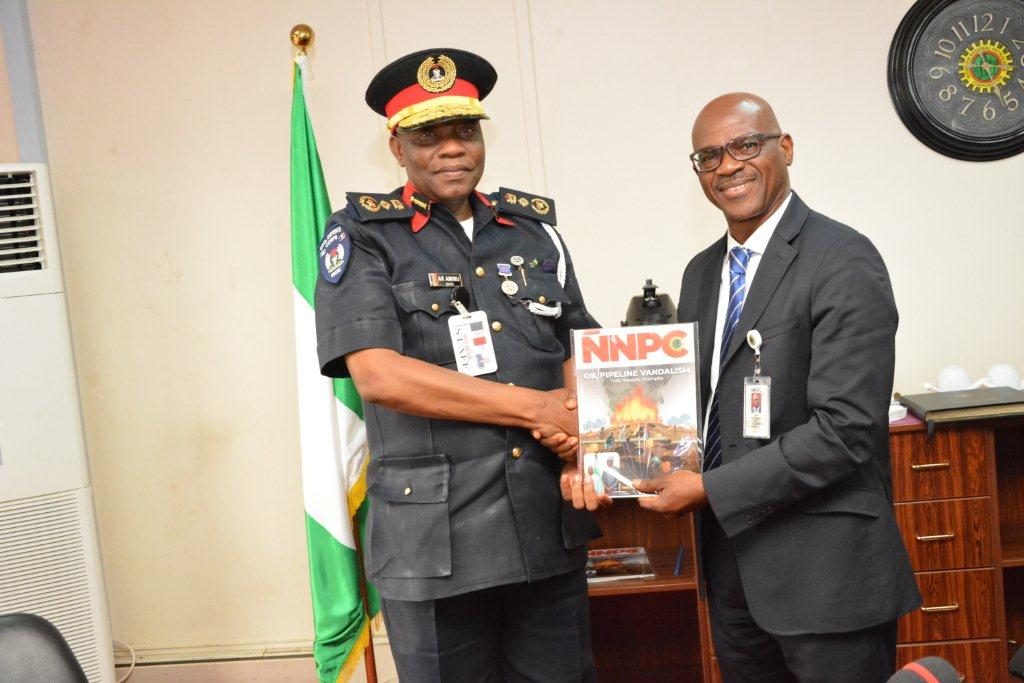 Lagos — The Nigerian National Petroleum Corporation, NNPC, and Nigeria Security and Civil Defence Corps, NSCDC have pledged to work together to run pipeline vandals and oil thieves out of business in the country.

A press release Monday by the Corporation’s Group General Manager, Group Public Affairs Division, Mr. Ndu Ughamadu, said the two organisations made the commitment when the Group Managing Director of NNPC, Mallam Mele Kyari, received the Commandant General of the Corps, Abdullahi Muhammadu, at the NNPC Towers in Abuja.

Mallam Kyari who was represented by the Chief Operating Officer, Downstream, Engr. Adeyemi Adetunji disclosed that as part of efforts to rid the nation of the menace of pipeline breaks, the new management was put in place a performance-based pipeline protection system to enable relevant security stakeholders to live up to their billings.

The GMD noted that the collaboration between the NNPC and NSCDC had gone a long way in ensuring uninterrupted supply and distribution of petroleum products through the pipelines and various depots.

“I want to applaud the NSCDC for contributing their quota towards the protection and security of our pipelines. Their efforts have made our pipelines to be available for the transportation of petroleum products from one asset to another petroleum asset,” Mallam Kyari averred.

Earlier, the Commandant General of the Corps, Mr. Muhammadu, represented by Deputy Commandant General, Aminu Abdullahi, said protection and security of NNPC pipelines and oil assets were part of the constitutional responsibilities of the Corps, stressing that NSCDC would continue to do its best to send pipeline vandals out of business.

He noted that the NSCDC would declare a date of the year that would soon be announced as an anti-pipeline vandalism day as part of concerted efforts to create more awareness on the dangers of pipeline vandalism to the national economy.