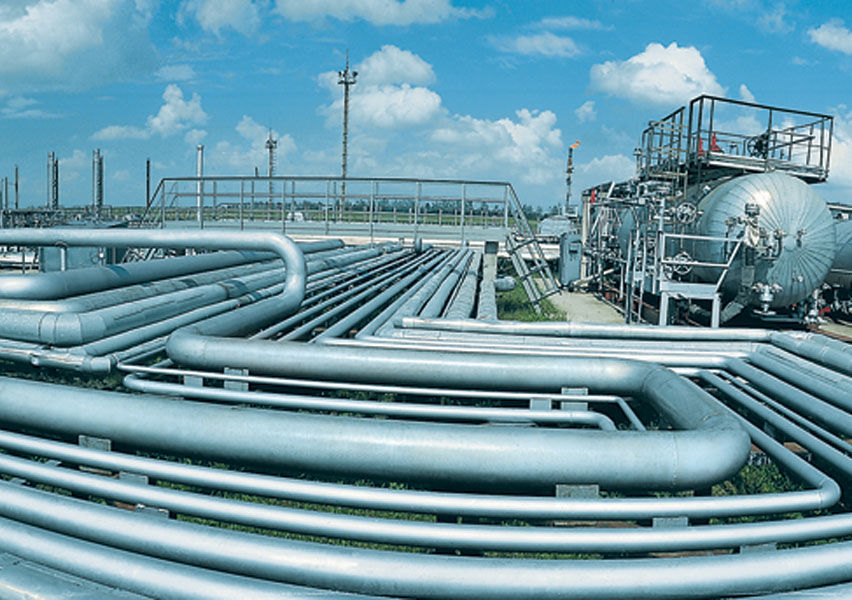 22 November 2017, Sweetcrude, Lagos — The Nigerian National Petroleum Corporation, NNPC, Tuesday, said it has completed, commissioned and delivered 500 kilometres (KM) of gas pipelines between 2010 to date as part of an aggressive expansion of gas pipeline infrastructure across the country.

According to a statement in Abuja, Group Managing Director of the NNPC, Mr. Maikanti Baru, stated this on Tuesday in Abuja at the 2017 Conference and Annual General Meeting of the Nigerian Society of Engineers, NSE.

In the paper entitled, “Revival and Development of Local Manufacturing Industries: Chemical and Petrochemical Industries”, Baru, who is a Fellow of the NSE, said the accelerated expansion of the gas pipeline system was sequel to the directive of the then President Olusegun Obasanjo who mandated the oil companies operating in-country to support the power generation effort.

He said the directive became imperative after the government realized that adequate power supply was key to reviving the moribund industries.

He noted that all available thermal power plants in the Country are today connected with permanent gas supply pipelines.

Baru added that with NNPC driving the realisation of Federal Government’s aspiration to expand the gas pipeline network to all parts of the Country, about 2,700 megawatts (MW) of thermal electricity was expected to be added to the National Grid in the near future, to exponentially generate more power for new industrial revolution with a view to achieving sustainable economic growth.

He noted that the earlier government’s initiative in this regard populated the seeds for the growth of Nigeria’s gas-fired power plants, which gradually scaled up thermal power contribution to more than 70% of total power generated in the Country today.

Providing details of the planned expansion of the gas infrastructure, the NNPC boss said the lines would be bolstered with the ongoing construction of the 127km East-West OB3 gas pipeline joining Oben to Obiafu-Obrikom.
He explained that the strategic infrastructure was scheduled for completion by the fourth quarter of 2018, while the 363km looping expansion of Escravos-Lagos Gas Pipeline System was expected for delivery by Q1 2018.

Upon completion, he said, the remaining projects are expected to add over 1,000 kilometers to the nation’s gas pipeline network.

On funding of oil and gas development projects, Baru said the NNPC was adopting the Public Private Partnership (PPP) models in building and expanding the gas infrastructures.

He said the development of the Ajaokuta–Abuja-Kaduna–Kano (AKK) Gas pipelines which were the first in line under the arrangement would be built through contractor financing where the selected Contractors would be providing financing to build the line and recover their cost through transportation tariff.

“This model will be extended to other major backbone pipelines in the Nigerian Gas Master Plan,’’ he said.
He concluded that once these projects were completed, a nationwide gas infrastructure backbone would be in place to fully enable the establishment of an integrated gas pipeline infrastructure grid across the entire Country.