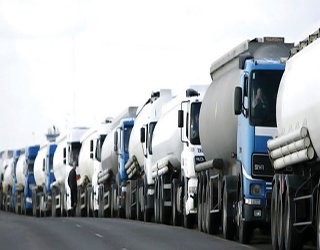 01 February 2018, Sweetcrude, Lagos — The Nigerian National Petroleum Corporation, NNPC, Wednesday, allayed fears over an impending strike action by Petroleum Tanker Drivers (PTD), while it also advised motorists within Abuja and environs not to engage in panic buying of the petrol.

Group General Manager, Group Public Affairs Division of the NNPC, Mr. Ndu Ughamadu, in a statement in Abuja, said the corporation as well as other relevant government agencies had engaged with the tanker drivers and had gotten the drivers to suspend their planned action.

He also warned oil marketers against hoarding of the commodity, stating that stringent sanctions would be meted to any individual found sabotaging its efforts to ensure the steady supply of petrol.

Ughamadu said, “NNPC wishes to state that the corporation and other relevant government agencies are in consultation with the leadership of the Petroleum Tanker Drivers (PTD), a move that has led to the union’s reconsideration of its threat to stop dispatches at some depot earlier today.

“The members of the PTD had this morning threatened to prevent loadings from the depots over portions of Mokwa-Jebba Road which they had considered were in a bad state.

“Relevant government agencies have stepped in with a view to addressing the concerns of members of the union.

“NNPC seizes this opportunity to further warn marketers not to hoard products as law enforcement agencies, working with industry regulators, have been detailed to take appropriate measures against any defaulter.