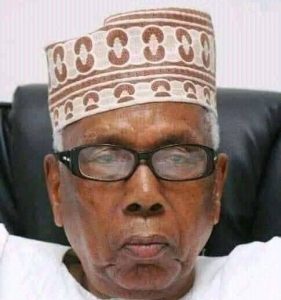 Lagos — A former Chairman of the board of the Nigerian National Petroleum Corporation, NNPC, Ahmed Joda, is dead, aged 91.

Joda, a seasoned administrator, rose through the administrative cadre of Nigeria’s Northern regional government.
He was also, among others, a former chairman and board member, Nigerian Communications Commission.
Joda later joined the Federal Civil Service and retired as Permanent Secretary, Ministry of Industries.
During the administration of the Yakubu Gowon (1966-1975), he was considered to be among a group known as Super Permanent Secretaries
He worked with Gaskiya Corporation in Zaria, and as correspondent with the Nigerian Broadcasting Service; Permanent Secretary, Northern regional government and Permanent Secretary serving in the Federal Ministries of Information, Education and Industries
He was also Chairman and board member of the Nigerian National Petroleum Corporation, Nigerian Communications Commission, Pastoral Resolve, SCOA Nigeria, Chagoury Group, Flour Mills of Nigeria, and the Nigerian LNG.
According to Wikipedia, Ahmed Joda was born in Yola to a Fulani family in 1930, his great-great-grandfather was Modibbo Raji, a 19th-century Islamic scholar and contemporary of Sheikh Usman Dan Fodio. Ahmed Joda attended Yola Elementary School and Yola Middle School before proceeding to Barewa College, Zaria, from 1945 to 1948. He worked briefly at Moor Plantation in Ibadan, and later as an agricultural officer in Yola before entering the field of journalism at Gaskiya Corporation in Zaria.