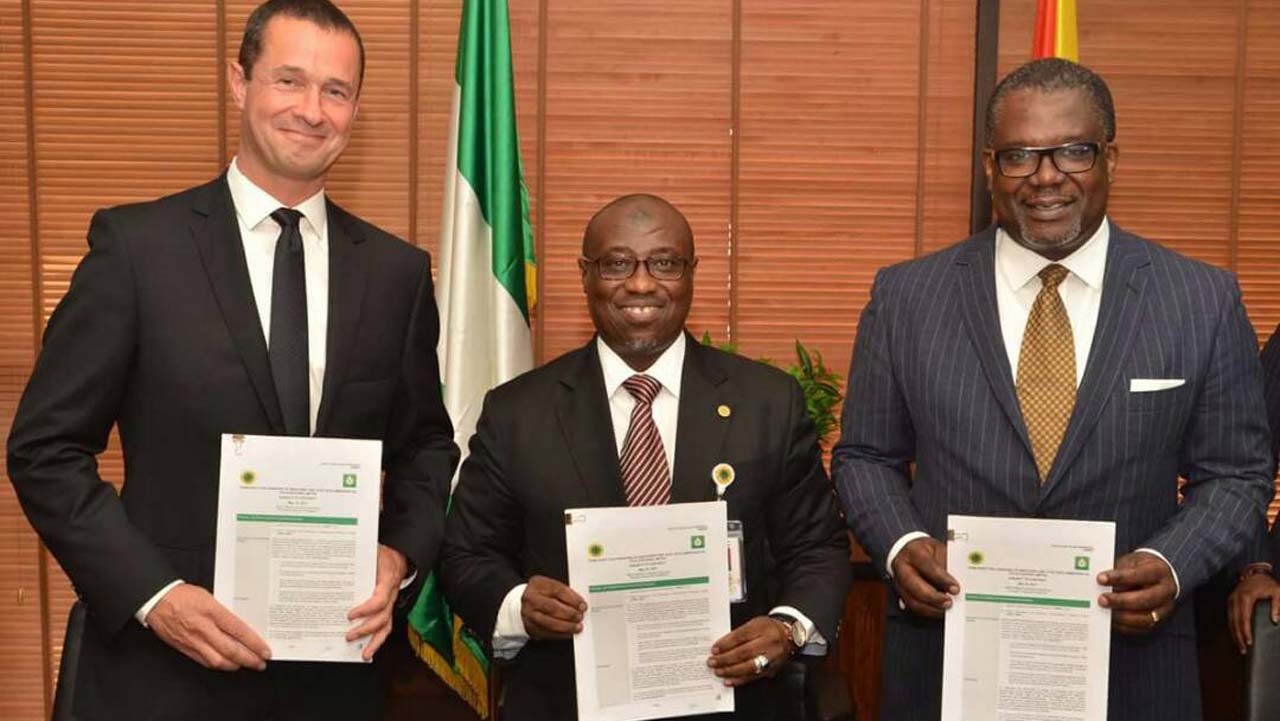 The oil well is jointly owned by the NNPC, owning 60 percent stake and First Exploration and Production, owning 40 percent and is also the operator of the asset.

The corporation added that the NNPC/First E&P OMLs 83/85 partnership for marine seismic data acquisition would be executed by a Joint Venture (JV) between NNPC’s Integrated Data Services Ltd (IDSL) and Bureau of Geophysical Prospecting (BGP), a subsidiary of Chinese National Petroleum Corporation (CNPC).

The NNPC in a statement in Abuja, said this was part of its commitment to growing the nation’s crude oil reserves and increasing daily national production with a view to boosting the nation’s revenue generation.

According to the statement, Group Managing Director of the Corporation, Mr. Maikanti Baru stated this during the flag-off ceremonies of the NNPC/First E&P Oil Mining Leases (OMLs) 83/85 partnership for marine seismic data acquisition in Lagos.

“Without doubt, this development resonates perfectly with NNPC’s commitment to growing the nation’s reserves and increase production, as enshrined in our corporate vision of 12 Business Focus Areas (12 BUFA),” he added.

The GMD, who gave the assurance of the NNPC Management’s “unflinching support” for the project, charged the partners to ensure its completion on schedule and in a cost-effective manner while urging strict adherence to Health, Safety & Environment (HSE) standards.

He added that the marine vessel (BGP Prospector) is well-suited for broadband seismic data acquisition with the capacity to tow ten or more streamers of 6km length, and is fitted with adequate safety equipment and hearing sensors.

The partners, the NNPC said had have been given a 74-day time schedule to deliver on the project.

Also speaking, Managing Director of First E&P, Dr. Ademola Adeyemi-Bero said the aim of the project was not only to grow the nation’s reserves, but also to develop the capacity of Nigerians.

He commended the GMD for making time to perform the flag-off rites, stressing that his company would work hand-in-hand with all the partners to enable them complete the project ahead of schedule.

Also in his remarks, the Chairman of Petroleum Technology Association of Nigeria (PETAN), Mr. Bank-Anthony Okoroafor reiterated that the project would boost in-country capacity.

“The project is also expected to align with the Federal Government’s effort to drive down the cost of marine seismic acquisition in the country,” Okoroafor added.