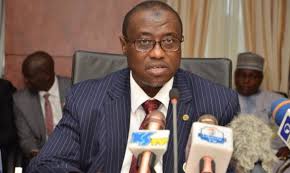 “Arrangements have been finalised to name the prospective investor in the weeks ahead after a painstaking due diligence exercise”, the statement read.

According to Baru, the core investor would provide 70 per cent of the required funding for the project, while the Benue State government and the NNPC would take up the balance equity contribution.

The NNPC said upon completion, the plant was projected to generate about one million direct and indirect, noting that the project would help link the energy sector with the agricultural sector through the commercial production of biofuels from selected energy crops.

Other components of the project include a sugar cane feedstock plantation of about 20,000 hectares; a cane mill and raw/refined sugar plant capable of producing 126,000 tonnes annually as well as a fuel-ethanol processing plant with production capacity of 84 million litres annually.

In a related development, the Renewable Energy Division, RED, of the NNPC is set for a 2-day workshop on Climate Action in the Oil and Gas Sector in response to the need for knowledge sharing on the necessary policy actions, plans and strategies to be taken on the subject.

According to Mr. Kallamu Abdullahi, the Group General Manager in charge of the RED, the workshop, the 3rd in the series, will bring together policy makers, the executives, industry players, regulators, financiers and other relevant stakeholders to make presentations and stimulate ideas on the various aspects of the discourse.

Minister of Environment, the National Designated Authority, DNA, Chairmen, Senate and House Committees on Environment, representatives of World Bank, the Organisation of the Petroleum Exporting Countries, OPEC, United Nations Framework Convention on Climate Change, UNFCCC, Civil Society Organisations, captains of industry are expected to be at the event.