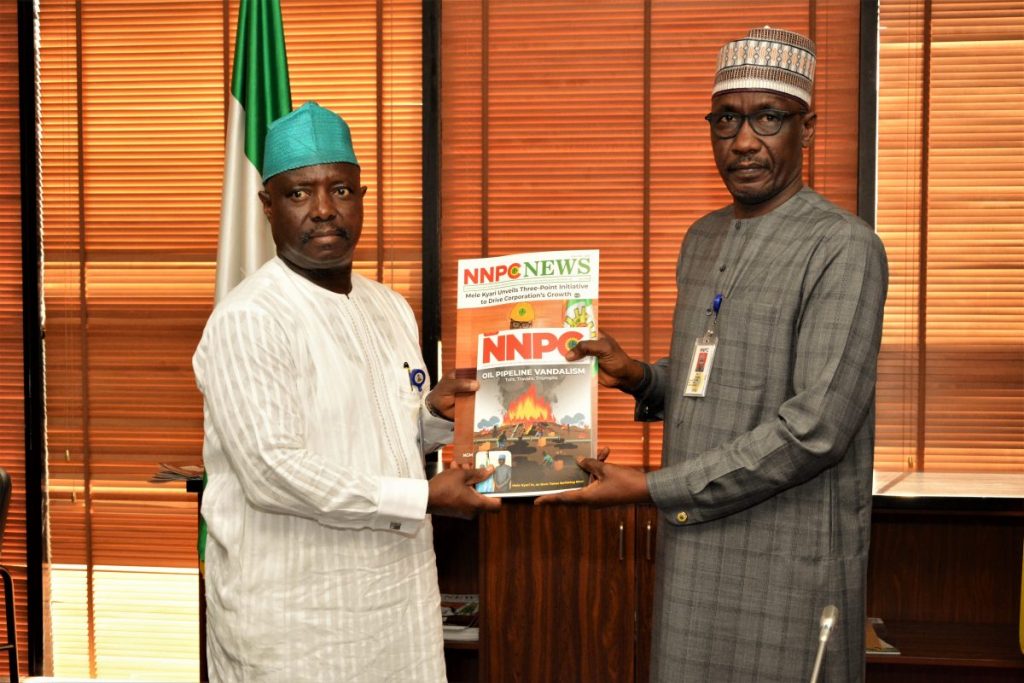 Lagos — The Nigerian National Petroleum Corporation, NNPC, and the National Oil Spill Detection and Response Agency, NOSDRA has expressed willingness to work closer aimed at mitigating the incidences of oil spill across the country.

Group Managing Director of the NNPC, Mallam Mele Kyari, made this known when he received the Director-General of NOSDRA, Mr. Idris Musa, along with his management team at the NNPC Towers in Abuja on Wednesday.

Mallam Kyari stated that as a National Oil Company, the NNPC pipelines, flow stations and assets spread across the country were jointly owned by the Federation.

He maintained that the Corporation produces crude oil to maintain a balance sheet for the nation.

He noted that the NNPC had taken several steps to deploy technology to stem incidences of oil spill.

“We have taken a number of steps to stem oil spill by deploying technology in order to make sure that whenever there is an oil spill incidence, it is contained almost immediately. We contain the incidences of oil theft, pipeline vandalism and acts of saboteurs and we intend to bring it to the barest minimum,” Mallam Kyari asserted.

He averred that the NNPC operated both crude oil and petroleum products pipelines adding that the Corporation was collaborating with all its partners to curb incidences of oil spill in all areas of its operations.

The NNPC helmsman said the Corporation would also forge closer ties with NOSDRA to proactively forestall oil spill in areas that are prone to incessant incidences.

Earlier, the Director-General of NOSDRA, Mr. Musa, said the Agency was prepared to partner the NNPC in mitigating oil spill in all areas of its operations stressing that the partnership would ensure a good operating environment for the operators and the inhabitants.

He added that breaking of petroleum products pipelines did not provide food, water and good environment for the people rather the malaise bleeds the national purse of revenues that would have been used to provide developmental infrastructure for the various tiers of government.