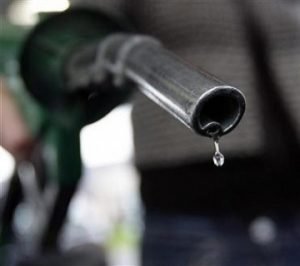 In its latest weekly national PMS evacuation report for February 21 to 26, 2022, the state oil firm said it sent 381.88 million litres to the various depots.

However, long fuel queues are yet to disappear at filling stations across the country.

SweetcrudeReports had noticed massive fuel queues in both Lagos and Abuja over the weekend.

There were also reports of long queues in other states of the federation.

Meanwhile, the World Bank has said Nigeria could spend N360bn monthly, N4tn in 2022 on subsidy.

Shubham Chaudhuri, the country Director, said Nigeria’s decision to postpone the full deregulation of the downstream sector of the petroleum industry by 18 months may cost the country over N4tn in subsidy payments on petrol in 2022.

The World Bank country director, however, noted that while the World Bank could come up with advice on subsidy removal, its role was certainly not to dictate as it had no ability to do such.

Chaudhuri said, “With economics, really, you are not meant to make a political decision. What you are meant to do is to lay out what are the cons and consequences of different decisions.

“So that is what we are doing, we are just being very clear that this would come with a fiscal cost and the fiscal cost is the number, perhaps N4tn this year.”

He said despite the fact that the price of oil had gone up, the rise in global crude oil prices was not helping Nigeria that much.

Industry figures seen on Sunday showed that the price of Brent, the crude against which Nigeria’s oil is priced, was $118.11 per barrel at 5.06pm Nigerian time, as it traded at the same rate the preceding day.

On why the rising oil price was not helping Nigeria as anticipated, Chaudhuri said, “The reason is that the cost of the PMS subsidy is going up. So at $85 per barrel, the NNPC was projecting that the cost of the PMS subsidy will be around N180bn to N200bn per month. In January when crude oil prices had already gone up to $90, $93, it (subsidy) still went up to N250bn per month.

“Now you just mentioned it is $100 per barrel, our guess right now is that we are looking at N4tn or even more in the year 2022 as the cost of PMS subsidy.”

While making a calculation, he said, “You take 60 million litres a day, which the NNPC said is being evacuated from its depots, you take what is happening to the cost of imported world gas, price of gasoline, which is going up because crude oil price is going up.

“Right now, the differential I believe is about N200 per litre. So 60 million times N200 everyday is N12bn per day. Multiply that by 30, that is N360bn per month. Multiply that by 12, it will be somewhere about N4tn per year.

“And that is the main reason we feel it is going to be a bit negative for Nigeria’s fiscal situation because oil production is not going up or may even continue to stall.”

Chaudhuri noted that the issue of subsidy removal was Nigeria’s choice, adding that there should be a consensus among the political elites that should be communicated and accepted by the public.

He explained that if there was no consensus earlier, it could be a time for an eclipse of discussion around what should be the choice for Nigeria, adding that it had to be a consensus.

He further noted that despite the rise in global oil prices due to the Russia/Ukraine war, this might not have a significant effect on the country’s oil earnings.

Chaudhuri said, “On the oil price, historically, in the last five decades, you will see that anytime crude oil price goes up, it helps economic activities in Nigeria, just because it becomes a source of free cash flow that people spend on a lot of things.

“Because the oil sector by itself is part of a relatively small part of the economy but the spillover is large. What was also the case in the last five decades was that high oil prices were good or the federation budget, finances, that is no longer true.